Leaving behind a legacy

There are many milestones in a person’s life: walking his or her first steps, graduating from high school, buying a house, getting married and so on. Reaching a milestone like these is a big accomplishment, and brings about opportunities that weren’t present before.

Three of Keene State College’s art professors are approaching the next milestone in their lives–retirement. 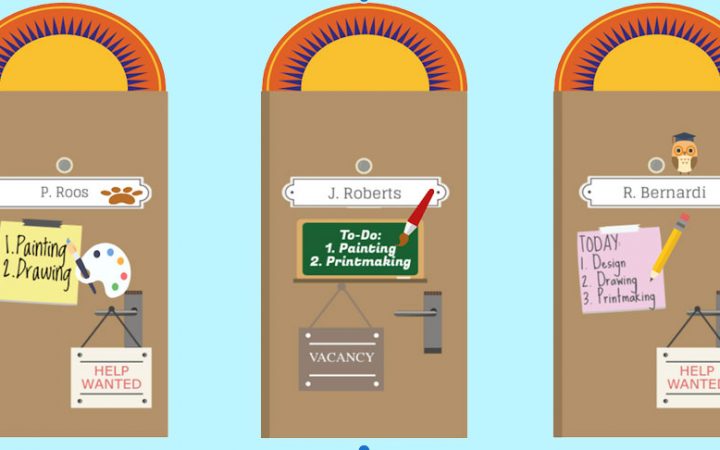 At the end of the 2017-18 academic year, Associate Art Professor Peter Roos and Art Professors Rosemarie Bernardi and John Roberts will hang up their aprons at KSC for the last time.

“Overall, I’ve been very happy,” Roberts said, who’s been teaching printmaking and painting at KSC for 36 years. “It’s nice to be able to finally kind of look at it say, ‘Ok, it’s time. It’s time to move on a little bit and be a point at your life where you’re still young enough to do things and to be healthy enough to do the things you want to do.’”

Roberts’ first year at KSC was in 1981. At that time, a majority of the third floor of the Redfern Arts Center was “wide open,” Roberts said. “There were no ceilings. There were very few lights. It was just exposed fire retardant insulation and stuff on all the beams and everything,” Roberts explained.

Roberts was given the task of setting the printmaking studio, and moving the department’s two presses from Fiske Annex.

“I embraced it as actually a wonderful opportunity because then I could shape the studio the way I wanted to and buy the kind of equipment I wanted to,” Roberts said. “The first couple weeks were a little rough, trying to get things going, but we managed and we got it moving and then very gradually the studio took shape.”

As years went on, Roberts, with the help of administration, faculty and students, continued to add to the classrooms and further develop the art program.

In the 1990’s, Roberts came up with the idea to start a Bachelor of Fine Art (BFA) program at KSC, calling it the “next, logical step” for both the art and graphic design departments at the time. There were an increase in students that wanted to go on to get a Masters in Fine Arts degree, and the BFA program would help them build a stronger portfolio to work towards that degree.

The program was approved in 1999, according to an Equinox article. Both Bernardi and Roos helped Roberts get the program approved and establish it.

Roberts said one of the reasons he remained at the school for so long was because of its “tremendous potential.”

“The school was always growing. There was always something that was happening that kept you excited, that really kept you motivated with what you were doing. And I came to truly appreciate the flexibility that I had and the cooperation I had from the administrators,” Roberts said.

Roberts said he has “no grand plans” for after he retires, but he hopes to work more in his studio, travel and spend more time with his family.

In 1990, Roos was hired to teach painting and drawing. Coming from the School of the Art Institute of Chicago, Roos said he was impressed with the scenery in New Hampshire, along with the people at the school and the school itself.

While at KSC, Roos met his wife, Elisabeth, who was a Theatre department faculty member at the time. The couple built their family while at KSC, and have two, college-aged kids.

Over his 28 years at the college, Roos has had many students, and considers them his biggest accomplishment.

“The studios, the presses, the easels-those aren’t our legacies. That’s just physical stuff. What we leave behind, Our legacy [is] our students, those who are making art. Those who continued on to be MFA students, masters of fine arts, those lives who we touched as professors people who might not even be doing art anymore but the things that we taught might have some impression upon their lives,” Roos said.

Roos said that when he retires, he’s going to miss the students.

“The best part of the job, besides having great faculty as friends, is working with students,” Roos said. “Keene State College gets wonderful students, and they’re a joy to work with and… that’s the hardest part of saying ‘It’s time to quit teaching.’”

When Roos retires, he said he hopes to get more studio time so he can focus on his own artwork, something he hasn’t been able to do intensely while teaching.

“The focus has been more about raising kids and being a faculty member and now I think it’s time for that pendulum to swing back over towards being a full artist,” Roos said.

Bernardi was hired to teach design, drawing and printmaking in 1998. At the time, Roberts was the department chair and was unable to teach all the necessary classes, meaning the department needed to hire another professor.

“I saw the studio and knew that John and I, professor Roberts and I, would be compatible in terms of how we taught and I thought the faculty were great and I knew this was a place I could fit in,” Bernardi said.

In the last 19 years, Bernardi has worked closely with students, helping them with pop-up shows and exhibitions along with getting grants and being a mentor.

One of her most recent accomplishments with her students is the creation and pasting of murals in downtown Keene. A few years ago, her advanced printmaking class designed giant murals that would be placed on the sides of buildings in Keene. A total of four, temporary prints were hung up. The following year, Roberts’ printmaking class joined Bernardi in producing murals, generating a total of 19 murals for the year. Bernardi said she feels that there is a lack of artwork both in Keene and on KSC’s campus.

“It was really important to me to do something exciting before I retire that I hadn’t done before with students that they could do in the future,” Bernardi said. “I’m retiring and I thought ‘I can’t stay here if there’s no visual art, or not enough visual art for me.’ So I don’t have to be the one putting it up, I just want to see it.”

Bernardi also hopes to work in her studio after she retires. She is considering to continue oversee the mural projects and perhaps work elementary or high school students to help them create murals.

With the retirement of Roberts, Roos and Bernardi, the art department will be dealing with three vacancies. These vacancies will not be replaced with full-time, tenure faculty this year, according to Provost and Vice President for Academic Affairs William Seigh. The school is looking to fill faculty positions that are currently vacant this academic year.

Instead, the art program will be considering options for guest and resident artists and adjunct faculty.

“It allows us to bring in some really incredible artists, in this case, who can teach who may, at some point, when a position opens up, may be interested in applying,” Seigh said.

Art Department Chair Paul McMullan said when faculty members retire, the position is usually filled with an interim, contract lecturer for a year.

The art department will use the time to consider new opportunities and possibilities for the program, Seigh said.

According to Interim Dean of Arts and Humanities Dr. Kirsti A. Sandy, the art department is looking at areas such as digital printmaking, digital imaging, silk screening and sound and video art.

“These are areas that [the art department] have some offerings in and some expertise,” Sandy said. “The department’s interested in maybe bringing in some people who are proficient in maybe one or more of those areas just to offer some new things to our students that we haven’t had.”

McMullan said that they will offer a majority of the same courses, but are considering redesigning a few of the foundation classes.

Other possible ideas include making the Carroll House more student controlled, creating a five-year degree program to allow for further portfolio building and adding an arts administration minor and certificate to the program.

“They brought such talent to the department that they are indeed irreplaceable,” Seigh said.

Each of the professors has been at KSC for over 15 years and has helped make improvements and changes to the department in many ways.

“They have given back so much in the time that they’ve been here. It’s a hard loss for all of us,” Sandy said. “It’ll be a very different place without them.”

Alexandria Saurman can be contacted asaurman@kscequinox.com 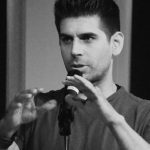