For coaches at Keene State College, as well as coaches at most colleges in general, the responsibilities and pressure-packed situations are endless.

From leading practice drills, to coming up with game winning strategies, to mentoring players and more, coaches at the National Collegiate Athletic Association (NCAA) level do not work easy jobs by any means.

However, quite possibly one of the most difficult positions that coaches are put in is selecting their teams, or rosters, each season.

This task not only includes having to recruit new athletes, but it also means having to cut certain ones.

Robert Weiner, Head Coach of Volleyball at Keene State College, had a lot to say in regards to dealing with roster-related decision making.

“We know what our needs are. I spend many, many hours during the year recruiting, it’s what I do.”

One common belief is that admissions at colleges, like Keene State for example, put pressure on the college’s coaches to fill their rosters. However, Weiner explained that this wasn’t quite the case at Keene State.

“Admissions has a number of first year students that they want to bring in every year,” he began.

However, Weiner then proved the common consensus to be not entirely true, stating, “They [admissions] have never said to us, as coaches, ‘You need to bring in X number of freshmen, for us to meet our goals.’

But, they’re much happier when we go on the high-side of how many we’d like to bring in as opposed to the low-side.”

Another thing that sets Keene State athletics apart from other college’s is that there is never much, if any worry, that sports rosters for certain teams will not be entirely filled up.

According to Abe Osheyack, the assistant athletic director at Keene State College, “There are about 375 student-athletes at Keene State,” a very healthy amount.

Tom Pickering, the head coach of cross country at Keene State, is also not worried when it comes to filling his roster.

“We don’t have a specific roster size,” Pickering explained.

“I don’t personally feel pressure about roster size, but I’d like to make the team bigger.

Our roster could be anywhere from 25 athletes, up to 50 athletes.”

Additionally, Weiner explained this through his own experiences.

“We’ve never had a shortage of bodies here. I would think at some small, private schools that might be an issue.”

While there are certain things about Keene State College that make coaching easier, there is still one aspect of coaching that is rather tough.

One word that can be used to describe that is, “cut”.

In other words, how do coaches pick who makes the cut, and who gets cut?

While he is not a coach, Osheyack was able to give some insight on this question.

“It depends on the sport and the coach,” Osheyack explained.

“Coaches have different philosophies on roster sizes and the ways they evaluate a student-athlete’s ability to contribute to the team.”

This statement stood true when asked to Coach Pickering.

“If we have recruited an athlete and they come and they make an honest effort to participate in all the practices, then we, in that particular case, are not cutting people to make room on the roster.

So I don’t really feel pressure about cutting it.”

Coach Weiner also commented on this. “I was at a Division I [university] before I was here, and absolutely recruiting is based on positional need,” he explained.

“We carried 17 [athletes] last year and it was a mess.

My goal this year, and I told my captains this when going in, is we’re going to carry 13.”

Weiner was also able to give some comments on the worst part of a coach’s job, letting players know they’ve been cut, and how excruciatingly troublesome it is to do this.

“I hate it,” Weiner said sternly.

“There’s nothing worse. We’re always saying, ‘This is why they pay us the big bucks’, because this is horrible. You’re ripping people’s dreams away from them. I hate it.”

Knowing how much of a burden it is to have to inform a player they have been cut, coaches make sure to break the news as lightly as they can, and look at the positive pieces of the situation.

Weiner told the story of how he went about doing that earlier this season.

“We brought six new players to preseason. Three of them were recruited athletes, the other three we said, ‘We’d like to bring you to preseason to take a look at you, to see if your skills match our needs this year,’” Weiner said, putting a lot of stress on the words “this year.”

“Please come back in the spring, because you’re a real volleyball player. We’re really sorry, we don’t have enough roster space to keep you in the fall, please come back.”

The recruiting process is a never ending ordeal for college coaches, but it’s all made a little bit easier when the athletes they recruit perform as well as our very own Owls do.

Matt Holderman can be contacted at mholderman@kscequinox.com 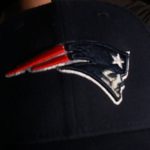 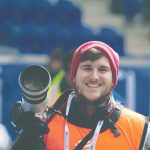