DeMar finds its stride in Keene

Running a half or full marathon is no easy task. The race requires months, and sometimes years, of preparation. When the big day comes, runners have to strategize and pace themselves for the entirety of the 13.1 or 26.2 miles. But when a runner finally crosses the finish line, all the hard work finally pays off, especially when he or she is surrounded by friends, family and the community of Keene, New Hampshire.

On Sunday, Sept. 24, the 40th Clarence DeMar Marathon was run by athletes from all across the country. The full marathon began in Gilsum, New Hampshire, while the half began in Surry, New Hampshire. Both runs ended on Keene State College’s Appian Way. 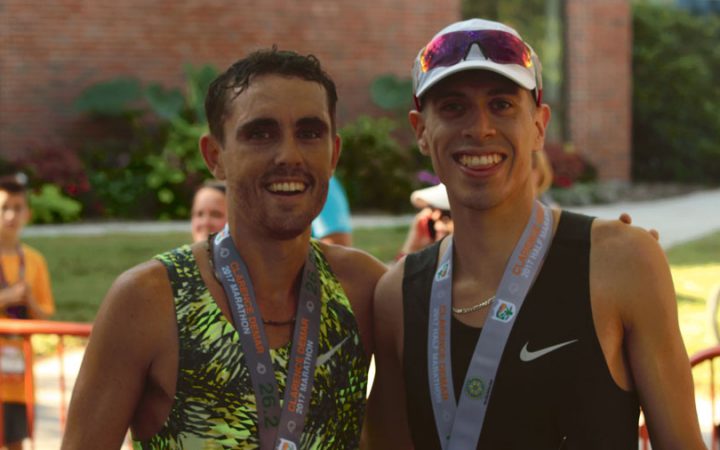 This year’s winner of the half marathon for the men was KSC alumnus Thomas Paquette, who finished with a time of 1:12:24. KSC Distance Assistant Coach Meggie Donovan earned first place for the women in the half marathon, running 1:23:29.

This was Paquette’s third time winning the DeMar half marathon. Last year, Paquette ran the full marathon and finished around 10th place.

“I learned so much about myself, what kind of toughness I had, mental fortitude, just putting my body through so much pain just to finish. But after that, I kind of fell in love with the marathon.”

Paquette ran the half marathon this year because he wanted to use it as a preparation for the Philadelphia Marathon he plans to run in the fall.

For Donovan, she broke the DeMar half marathon record for women this year by almost five minutes. The former record was set by Jessica Anderson in 2014, according to the DeMar website.

Donovan said she was “so thrilled” to come in first and beat the record. This was also her first half marathon. Although she had run full marathons in the past, Donovan wanted to use the DeMar half marathon to “see where [she] was at fitness-wise” and to get a time estimate for a full marathon she hopes to run in the spring. “I think, especially as you move up in distance, just listening to your body and recovering properly becomes really important,” Donovan said.

Paquette graduated from KSC with a degree in exercise science in 2013. During his four years at KSC, he ran on the track and cross country team. Although Paquette said he enjoyed running, he said he had a “love-hate relationship” with it, often finding it difficult to separate his “ability and having fun.”

“At times, I wasn’t having fun. I put a lot of pressure on myself, on the team and whatnot,” Paquette said.

When Paquette started running for fun, he found he performed much better.

“Being relaxed and having fun is the key to success, and that’s what I didn’t have in college. I wasn’t relaxed. I wasn’t having fun,” Paquette said. “Running is growth. You learn so much about yourself as you mature at running.”

Donovan graduated from Dartmouth College in 2015 and currently goes to Antioch University, where she studies environmental education.

Donovan has been running competitively since she was 12 years old. She continued throughout secondary education and all through college. When Donovan noticed that there was an open assistant running coach position at KSC, she decided to apply.

“I love coaching, so I wanted to try it at the collegiate level,” Donovan said. “[The team] has a lot of promise and I’m excited to see what they do in a couple years.”

DeMar and the community

While the full and half marathon start in different locations, both end on the campus of KSC. Runners pass through the archway located at the front of Appian Way and cross the finish line beside the Mason Library.

When speaking on the marathon’s presence at the college, KSC Interim President Dr. Melinda Treadwell said, “The energy at the finish line, the music, all the athletes walking around the quad, walking a bit down Appian Way does exactly what I hope these events would do for us, which is to bring people onto our campus to see the beauty of Keene State.”

Treadwell said she is planning on running the half marathon next year.

Paquette said he likes being a part of something big in the community.

“That whole weekend is a huge community event. You almost feel like, ‘Alright, when I hit Baker Street, I have the whole community waiting for [me].’”

Treadwell echoed Paquette’s thoughts on being involved in something so big.

“It’s kind of the best of what we’d hope from a small, New England community that’s tightly knit,” Treadwell said. “It’s truly a way that our students, our faculty and staff,  along with everyone in this town are involved in something that’s bigger than anyone of us.” 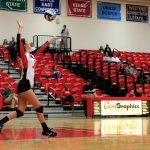 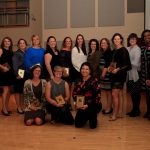