When marine mammal fascination is problematic

People always have an innate curiosity within them that is difficult to quench.

This especially rings true when it comes to creatures that live and function differently from humans.

Marine mammals have had a history of being both admired and feared by humans.

Orca whales, known for both their beauty and ferocity, live deep in the ocean where the average human would not venture. Dolphins are highly fascinating and intelligent creatures that can be hard to track.

Because of this, seeing these types of marine mammals in captivity is an opportunity many people would take. Who wouldn’t want to swim with a dolphin or see it perform acts that were seen as difficult and beautiful?

Seeing orca whales, who normally do not interact with people and are endangered, work with a trainer and perform with an audience, can be fascinating and mesmerizing. Seeing sea lions perform and make their signature noises can be entertaining to watch, however is it in the sea mammal’s best interest to perform or swim with humans?

I think not. Many orcas you watch perform at family-fun entertainment facilities were captured in the wild.

According to the Whale and Dolphin Conservation (WDC), there are about 60 captive orcas, and 45 percent of them were caught in the wild. Orcas in captivity live significantly shorter lives compared to orcas in the wild.

As of now, 129 of these orcas are dead. Not including the 30 still-born and miscarried orca calves, at least 165 orcas died in captivity. WDC estimates SeaWorld had a total of 48 orcas die in their care.

According to the Marine Mammal Journal, 50 percent of orcas in captivity die at 6.1 years old. The average lifespan of wild orcas is 30 years, but some wild orcas can live between 50 and 60 years at the most for males and up to 100 for females, so why do they die in captivity? According to livescience.com, dozens of captive orcas have died from bacterial infections. The rate of pneumonia in captive orcas is caused by stress and with good reason. Captive orcas live in tanks that are 1/10,000th of one percent the size of their natural habitat. According to Keep Whales Wild, orcas travel up to 100 miles a day. If the orca wants to swim that equivalent in their tank, they would have to go 1,400 times around the tank’s circumference. This is like a person living in only two rooms for the rest of their lives without going outside and having no intellectual stimulation.

Dolphins don’t have it any easier. According to the Whale and Dolphin Conservation Society, between 1972 and 1994 over 2,300 bottlenose dolphins were captured for display purposes in the U.S. In Taiji, Japan, during the hunting season that lasts for six months, hunters go after dolphin pods and round them up in a net. According to The Los Angeles Times, most of the dolphins are slaughtered, but the better-looking dolphins are taken to aquariums and other places of entertainment. Dolphins are often dragged out of the water by their tail fins. The terrified dolphins often flail around, causing injuries to themselves trying to escape. Live dolphins are often sold for $50,000 a piece. While the International Marine Animal Trainers’ Association (IMATA) is against the slaughter of dolphins in Taiji, Japan, they still accept the capture of dolphins in Japan. The life of a dolphin living in captivity is often a difficult one. These dolphins can no longer communicate with one another, which is an important part of this social animal’s life causing extreme mental distress. According to the Legal Information Institute, the size requirement for the holding pens for dolphins have to be at least three times the body length of the dolphin, which ranges between 6 and 14 feet. This barely gives them any room to swim.

By paying for aquariums that hold these intelligent mammalian creatures captive or by paying to swim with a dolphin, it shows that one supports the cruel mistreatment and often deprived life of a captive sea mammal. These creatures have the same mental and social capacity as humans, yet they are always on the move and travel longer distances than us. To take that away from them is the equivalent of psychological torture. Disrupting these creatures in that way not only upsets them but disturbs the ecosystem around them. So instead of paying for their pain, pay for their rescue or fight against these practices by not paying for their torture.

Katherine can be contacted at kglosser@kscequinox.com. 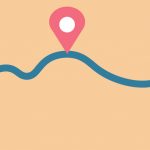 When marine mammal fascination is problematic