In the midst of a transitional period, Keene State College readjusted their campus around a new presidency. However, their change in leadership isn’t someone they haven’t seen before.

The former president of KSC, Dr. Anne Huot, announced her resignation in an e-mail to the campus on June 26.

It was three weeks later that Treadwell was announced as the interim president. 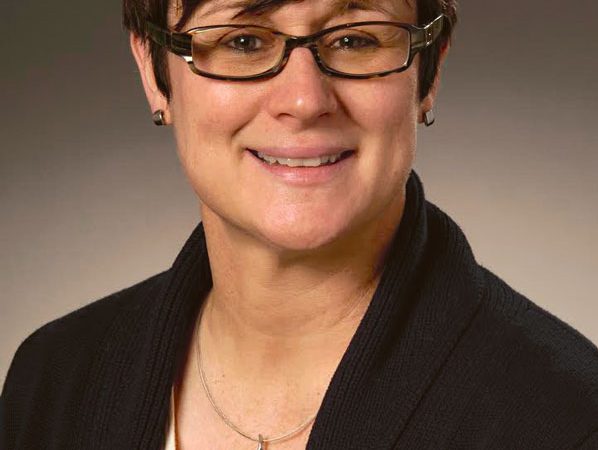 “The University System Board of Trustees is pleased to announce that Dr. Melinda Treadwell, the current Provost, and CEO at Antioch University, has been selected to serve as Interim President of Keene State College,” University System of New Hampshire’s (USNH) press release read. “Dr. Treadwell will be working with Chancellor Todd Leach and the USNH Board of Trustees to advance the college during this transition period.”

As a graduate of KSC herself, Treadwell said coming back to serve as interim president is “incredible.”

“I love our students; I love the capacity in what they can do; I love serving this community, so the change to come back to try to stabilize at a time of a little bit of significant disruption feels like the right thing to do,” Treadwell said.

Treadwell reflected back on her undergraduate years at KSC. “I came to Keene State as an 18-year-old who knew nothing of college…. [KSC] made a huge difference in who I am and my ability to open up to things that I never would have explored otherwise,” Treadwell said.

The faculty, staff and administration who were present during Treadwell’s undergraduate years made a large impact on her experience, according to Treadwell. She said her goals for KSC are shaped around the student experience, similar to how it was when she was a student.

“The group I am most excited about working with is [students] who are coming back now and I need very much to sit with our students and understand their perspective on things; their hopes, their concerns,” Treadwell said.

The goals Treadwell said she has set for this academic year involve stabilizing the financial status and the enrollment of KSC. Both of these categories, according to Treadwell, will positively impact students.

Around campus, individuals are responding to the change in presidency.

Vice President for Student Affairs and Enrollment Management Kemal Atkins said Huot resigning came as a shock to him, but he respects her decision. In regards to Treadwell, Atkins said the transition between presidencies has been smooth. “I think a number of people are excited in the selection of a leader. She certainly knows the institution and the community and she has a winning attitude.”

Similar to Treadwell, Atkins said he agrees that going forward, students needs to be put first. “It’s important that we attract and enroll the students at Keene State who will thrive, who are interested in this type of academic experience we provide here and focus on supporting their success throughout their time here,” Atkins said.

Director of Strategic Communications and Community Relations Kelly Ricaurte said she is delighted to welcome Treadwell back on campus. “I’m pleased she’s back. I have worked with her in the past, when she was here as a dean and as a professor. I think that we’re off to a great start this year and I am looking forward to where we go from here and working closely with her,” Ricaurte said.

“I think one of the things that’s been really comforting for the college is there isn’t really a learning curve with President Treadwell in that she has been a part of our campus community for many years and has served in multiple capacities,” Kalich said. “Many of us that are here sat side by side with her as faculty members or had her lead us as the dean and also as our provost. I’m really delighted to welcome such a talented and skilled person back to the college.”

Dean of the School of Sciences and Social Sciences Dr. Gordon Leversee was also a colleague of Treadwell’s in the past.

“I’ve got a lot of respect for Melinda [Treadwell]. She has a lot of experience here first as an undergraduate student, and then as a part of the faculty, and then serving as dean and provost; I think she knows the campus well and the people well, and I think she’s a good choice.”

Students are also responding to the change.

KSC senior psychology major Devin Goodman said that he’s excited about Treadwell’s presidency. He also said that he has a few expectations.

“I expect to see her more involved on campus…and I just see more positive growth for the community on campus,” Goodman said. Goodman also said he also hopes to see growth within the budgets on campus.

However, some students are also concerned about issues that impact more than just the college.

KSC junior graphic design major Benjamin Buckley said he hopes that with the new presidency, there will be “more push towards environmental sustainability.”

Treadwell said she feels confident and encouraged going into the school year and hopes to make an impact during her time as interim president. “I do care so much about this place and I want to make a difference,” Treadwell said. “If I do, then that is a huge personal accomplishment.” 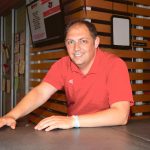