KPD began an investigation relating to “online solicitation and meeting of a child under the age of sixteen” on Aug. 25, the release read.

The investigation resulted in a warrant being issued for Gabriel’s arrest.

In Gabriel’s arraignment at the Cheshire Superior Court today at 1:15 p.m., Gabriel pleaded as not guilty.

Gabriel is being charged of allegedly talking to a 14 year-old girl through a computer and sexually assaulting her.

Gabriel has no previous record.

The KSC bookstore’s manager Andrew Nichols said he “ha[s] no comment due to the fact that it is an ongoing investigation.”

Caitlyn Doherty can be contacted at cdoherty@kscequinox.com 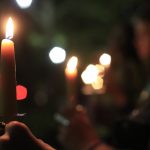