Many basement bands dream of making it to the stage one day, but for rock band Gray Haven, that dream has become a reality.

Gray Haven, along with their manager, KSC film production and critical studies major Rachel Blumberg, hit the road this summer for their East Coast tour.

“I was a little nervous just because it was just taking it to the next level,” said Holahan, the band’s drummer.

“But once we got in the car and once we were headed for the first venue, then I just got excited.”

Gray Haven’s guitarist, St. Amour, said that he felt like the tour was meant to be. 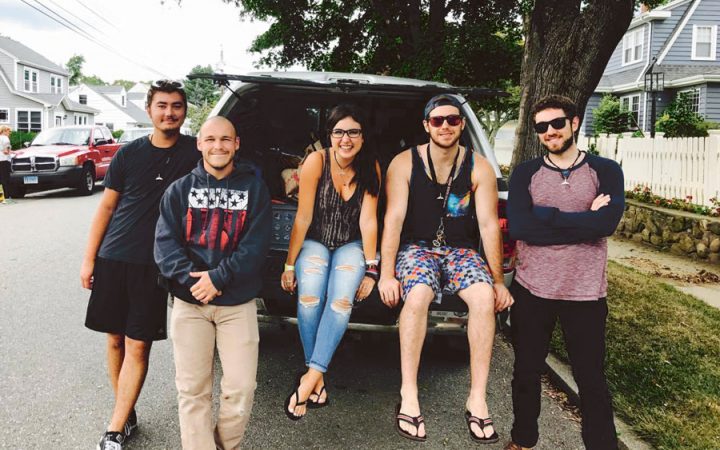 “I was nervous to begin with, but everything had just opened up perfectly for the summer for me to go on tour, so I kind of expected it to happen,” he said.

The band played a total of 11 shows in places such as New Haven, Connecticut, Long Island and Manhattan and Philadelphia.

Each night, they performed with different bands, allowing them to make more connections and learn from other artists.

“[Getting out of Keene] was cool because you were kind of thrown into like a setting that you also realized so many other people are doing, so it’s kind of motivating to be like ‘Woah. This is the real world. We’re doing stuff that other people do,’” Blumberg said.

Although they were miles away from Keene, the band said they still ran into KSC students at their shows.

“It’s just kinda cool to know that you have that support outside of Keene,” Blumberg said. “Obviously we travelled [to] so many places, but people still came out even though they knew they were going to see us in Keene, but they came to see us in a different setting.”

One of the concert attendees was KSC alumnus and St. Amour’s housemate, Aaron Williams.

“Their sound quality was pretty tight. Their performance was pretty on point,” Williams said about Gray Haven’s performance at Toad’s Place in New Haven, Connecticut.

“…High energy. That’s what comes to mind when I listen to their music. Just very high energy, very upbeat, very angsty, in your face. Something that…anybody who appreciates rock ‘n roll can really get into it in my opinion,” Williams said.

In between their shows, the band used their down time in a multitude of ways. They visited Six Flags, took a trip the the Jersey Shore and attended a concert for Holahan’s birthday.

The band also recorded three times while on tour, and is planning on releasing a full album in summer 2018.

Although 2017 KSC graduate Pelchar no longer lives in Keene, Sansone, St. Amour and Holahan are back to start their senior years.

“It’s really cool to be back in Keene because I just missed everybody,” St. Amour said.

The band held a basement “homecoming” show on Saturday, September 2.

“The whole time that we were on tour, we were just thinking, ‘Wow. We haven’t played in a basement in so long,’” Sansone said. “We missed it, and it feels good to be back home, back where we’re comfortable so we can really let loose.”

St. Amour, who only has one semester left at KSC, said, “I think the best part of coming back to Keene is that one generation of Keene has left with the name Gray Haven in their head and now another generation is coming in, and they’re about to learn what the hell Gray Haven is all about.” 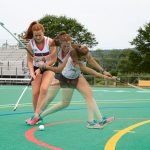