Keene State College’s efforts to be environmentally sustainable have paid off. In May of 2017, KSC joined the ranks as one of nine institutions to be awarded the Department of Education’s Green Ribbon School Award.

KSC was the only school in New Hampshire to receive the green ribbon certification and received the silver award. Director of Campus Sustainability Dr. Cary Gaunt and Dean of Professional and Graduate Studies Dr. Karrie Kalich received the award, a green and silver plaque made out of recycled materials. 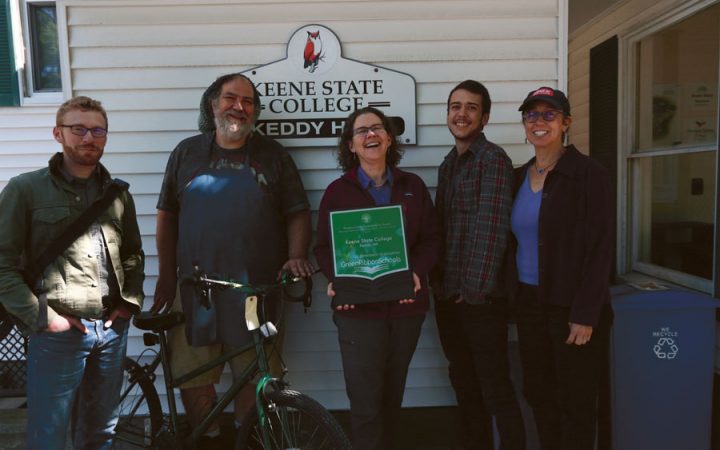 “I was glad we were asked to participate and I’m glad we were nominated by the state and I’m delighted that we received the award; it was fun,” said Gaunt. “Keene State should feel very proud.”

KSC Alumni and Recycling Coordinator Matt Bacon said the President’s Office requested for them to file the application on short notice.

“It was a lot of really fast-paced work that needed to be done by all of us in the office and we completed it all,” said Bacon. “We thought to a pretty high standard and we got the award which was awesome.”

According to Bacon, 30 percent of KSC’s campus is heated by LR-100-used vegetable oil that is purified. Gaunt said the alternative heating oil is considered to be carbon neutral and renewable. Gaunt added KSC is the first campus in the country to use LR-100. However, using vegetable oil isn’t the only green thing the college has done.

According to Gaunt, leftover food from the kitchen in the Zorn Dining Commons (DC) has been used as compost for about five years. It wasn’t until this year the leftover food from students’ plates at the DC has been collected and turned into compost. Gaunt said the compost is made on campus and used on the grass and flower beds. The Grounds Crew, said Gaunt, is making an effort to keep the grounds organic and pesticide free. The bark mulch used in Keene State comes from trees they ground up on campus. No fertilizers outside of campus are used. Gaunt is hoping to expand on the composting programs.

Buildings such as the Technology, Design and Safety (TDS) Center and the Living and Learning commons (LLC) were Leadership in Energy and Environmental Design (LEED) platinum certified for being state-of-the-art green. The TDS Center’s carpets, tiles, plastic toilet partitions and tack boards were made of recycled materials. Fast growing Aspen trees were used to create ceiling panels for the TDS Center as well. KSC also has the Green Bikes Program, which paints used bikes green and uses them for college students who need a fast and green way to bike around campus and town.

KSC senior Cora Telles said she was proud of the college’s recognition. “I think that that’s kind of spectacular for such a small school to be recognized for something like that, especially nationally ranked; it definitely proves that we’re taking the initiative to become more environmentally friendly,” said Telles.

Kalich said she was thrilled KSC received the award.

“It was a real privilege and I think it was a true testament to all the great work that Dr. Gaunt is doing and continues to do,” said Kalich. “There weren’t many schools that received that so it was a privilege to be among like-minded institutions.”

Gaunt and Bacon said their efforts to make the campus more sustainable won’t end with the award. Gaunt is hoping to receive the gold Green Ribbon Award by 2020 and for Keene State to become zero waste. Bacon filled out the application for the Green Bikes Sustainable Transportation Award and said he’ll hear back from them in a few months.

“The more awards we get, the more students are going to notice that we’re doing this work on campus and the more international or national news we have about the work we’re doing on campus so students can see it,” said Bacon. 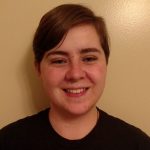