As the seconds ticked down to under one minute remaining on Fitchburg State University’s scoreboard, Keene State College Field Hockey Coach Amy Watson and her players looked on, hoping for a last second goal to give them not only a much needed road victory, but also a milestone in Watson’s career.

With just 10 seconds left, first-year Nina Bruno took a shot at the net and scored, the sidelines erupted in celebration, as this win was the 400th of Coach Amy Watson’s career at  Keene State College.

Watson is now only the eighth Division III coach in the history of the NCAA to win 400 games, which is by no means a small accomplishment. 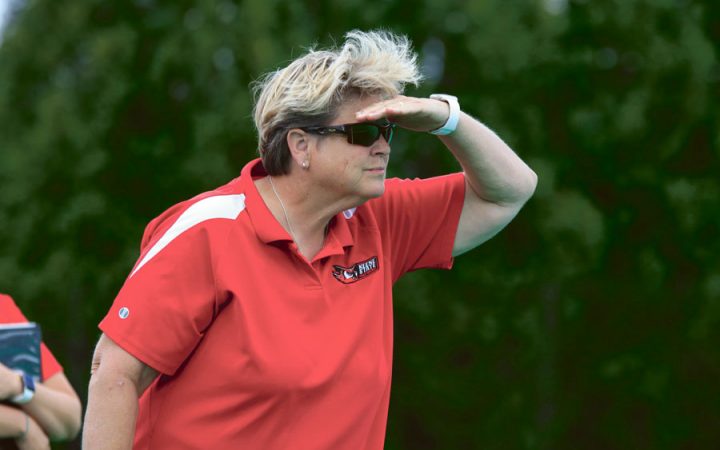 She began coaching field hockey for Keene State back in the fall of 1986, 31 full seasons ago.

“It was a lot different,” Watson said, when asked about what coaching was like in the 1980s.

“We were Division II, and field hockey was a non-scholarship sport. It was really a part-time job.”

In the closing moments of the big game, Coach Watson explained that the thought of win number 400 actually wasn’t on her mind at all.

“It didn’t really register, because it was tied 0-0 and there was less than a minute left to go, so I was thinking about overtime,”

Watson reminisced. “It wasn’t really until after we won and we were walking out to congratulate the other team that somebody said to me, ‘Hey, that was 400,’ and I was like, ‘Oh my gosh, you’re right,’”

Watson explained what winning 400 games meant to her personally.

“It’s kind of cool,” she said, smiling. “I remember when I first got into coaching and heard about people reaching 100, 200, 300-win milestones, thinking, ‘Wow, they’ve been doing this for a long time, they must be doing something right. It’s kind of neat to feel like you’ve reached something like that,” she said.

Despite it being a great achievement, Watson said she was glad to get the monkey off of her back.

“I’m glad it’s over with, it was kind of hanging there,” she explained.

“I knew it was going to happen this year, I just didn’t know when. Good that it’s over, because we need to focus on the bigger picture.”

Coach Watson wasn’t the only one excited about reaching lucky win number 400, however.

Seniors Kendal Brown and Casi Smith, both multi-year members of Keene State’s field hockey team, were thrilled for their coach as well.

“She deserved that win,” Brown said proudly. “We were trying to win Coach [Watson]’s 400th for a few games now, and once that goal went in, we were all relieved.”

Smith backed this up, stating, “We had been trying to get that milestone for Coach [Watson] for a few games at that point. We were so happy and proud that we could get our coach to that number of wins.”

For Brown and Smith however, Watson has always been a little more than just their coach.

“She has always been very supportive and understanding,” Smith commented. “I know that if I ever need anything, I can go in and she definitely has made me more motivated towards my academic goals. Coach [Watson] is a really reliable person,” Brown explained.

“She has always kept me, personally, and a lot of my teammates on track with school and workouts. She honestly is one of the main reasons I’ve made it this far in college.”

The field hockey team now has an overall record of 4-4 for the year, and Watson’s win count has since passed 400, when win number 401 came against Plymouth State University on Tuesday, Sept. 19.

With the season not even halfway over yet, here’s to many more wins, and possibly even more milestones on the road ahead.

Matthew Holderman can be contacted at mholderman@kscequinox.com 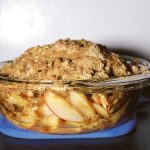 Eating with The Equinox: Apple Crisp Previous
The Owls triumph over the Colonials Next 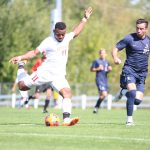