It is not often that people in the arts get to work with true masters of their crafts. Keene State College recently got to welcome world-renowned  Colombian-Spanish soprano Dr. Patricia Caicedo.

As a trained classical singer, musician and musicologist, Caicedo offers  unique and valuable insight on tools and techniques to help singers reach their fullest potential. 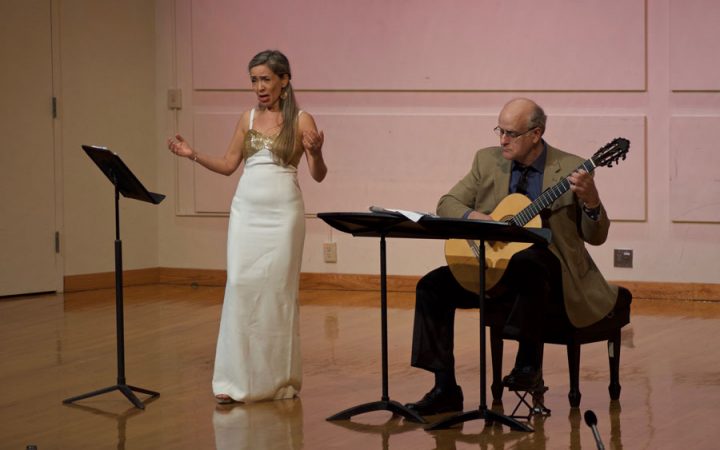 Caicedo recently lent her skills to a masterclass for KSC students, not only educating them on Latin American and Iberian composers and arrangements, but was able to focus on four students and work through their chosen Latin-American Art Songs.

“I think it was really illuminating being up there,” Kelly Uselton, sophomore music performance major, said, “because she [Caicedo] was having me emote more and be more expressive and pointing out that while I may have thought that I was being expressive that it may not have translated exactly to the audience, especially on stage, so that was really valuable.” Uselton performed Cancion composed by Manuel de Falla.

“I’ve done a couple master classes before, but she’s definitely a lot more down to business,” Mendelsohn said. “It was a lot more intense than I expected, especially just getting up there [ on stage].”

“She has so much knowledge that she brought here and she, in the master class specifically, definitely didn’t hold back at all,” Huggins said.

“You just get so much insight because she’s from somewhere totally different and you just get that much more experience with what she knows and then bringing it here.”

The event was held on Sunday, Sept. 24, in the Redfern Arts Center’s Alumni Recital Hall, and attracted an audience of about 40 people.

The duo began their set with two Sephardic songs, arranged by Manuel Vallis.

A portion of the recital contained an arrangement of poetry written by Caicedo and music composed afterwards by Lezcano. He and Caicedo worked together to tell Caicedo’s sort of cathartic tale of an imperfect romance, as she explained prior to the performance of the songs.

When asked on his experience performing with Caicedo, Lezcano said “I love it, because I have a great time and I always learn so much.”

Lezcano learned a new repertoire for these most recent recitals with Caicedo.

At the end of the 4:00 p.m. hour, the duo exited the stage, completing their set with “Engenho Novo,” arranged by Laurindo Almeida.

However, Caicedo and Lezcano surprised the audience with a final song before the recital officially ended.

Huggins was also one of the audience members at the rectial.

“I think both José [Lezcano] and [Caicedo] did very well,” Huggins said. “Overall, I thought it was very well done, very well put together too.” 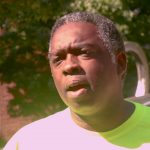