With the loading of campus-wide budgets, faculty and staff have come to react in different ways; although many departments expected to see a massive decrease in funds, the impact was not nearly as detrimental as expected.

Although most departments faced a decrease in funds, some have had to make more significant cuts than others.

Director of Student Involvement Jen Ferrell said that they are trying to avoid making cuts that will drastically affect students.

“You may not have noticed some of the ways we were challenged because of the way we’re doing things,” Ferrell said.

“These are ways that we’ve been really thoughtful and creative at managing the decrease in funds in order to still provide the key services that students need while figuring out how to sort of make up for those differences,” Ferrell said.

While the Young Student Center has made cuts in hours and labor dollars, the journalism department at KSC is making most of their cuts in repairing and replacing their necessary technology.

Department Chair of Journalism, Multimedia and Public Relations Dr. Chad Nye said it won’t be a problem in the short term, but if this same budget continues a few years down the road, the technological equipment students use will need to be repaired or recycled out, which would be difficult to do given the funds we currently have.

“The college supplies the computers in our lab, but we have to, as a department, pay for whatever software we want to put on there [such as Adobe Creative Cloud]…and our cameras, and any improvements we want to make to studio equipment,” Nye said.

From FY18 to FY17, the journalism department’s budget decreased by 18 percent, according to Nye, and at the end of FY17, the department had about 10 percent of their money left over.

“So we felt like in 2017, we were a very fiscally responsible department. We had X numbers of dollars; we spent all but about nine to 10 percent of that, so we technically gave money back to the institution,” Nye said. “So based on what we actually did spend and then to have that reduced about 18 percent, that’s not an insignificant number.”

On a more positive note, Nye said the department is still able to offer all the courses they need to and will have the ability to fix minor breaks and losses in equipment.

“We should be able to cover it [minor repairs in equipment] based on past practices, but it’s not going to leave us much wiggle room for anything else,” Nye said.

While trimming budgets can be a burden, Dean of the School of Sciences and Social Sciences Dr. Gordon Leversee said he enjoys finding creative ways to do things.

The target this year, he said, was to reduce about three percent of what they spent last year.

“We’ve done that,” Leversee said, “and we’ve got a budget that comes in where it needs to come in and I think probably there are some additional savings in there if we are careful.”

In the sciences, Leversee said they have about half a million dollars in the National Institute of Health (NIH) Research Training grant that they can rely on to fund student research opportunities.

Additionally, Leversee said the school has been sharing resources across different departments to save money.

“We’re talking to each other, so I know there was one department that needed some of these laboratory gloves that they use in the lab, and while we were waiting for the budget to be loaded, it was hard to process the purchase orders, it turned out another department had a lot of gloves. So they decided to just share those gloves,” Leversee said. “I think people are probably going to find ways to help each other out.”

Leversee explained, “I think we’ve tried to be sure that everybody experiences some reductions so it feels equitable, but clearly some departments have a little more that they could contribute to the savings than others….I think it’s like a diet, you know, with any kind of budget, you have to tighten your belt a little bit.”

Although all departments are facing cuts of their own, the Dean of the School of Professional and Graduate Studies (PGS) Dr. Karrie Kalich said they aren’t fully feeling the affects.

“So there are definitely budget cuts, but they don’t feel as intense, especially when we look at the programmatic side of the house as I think when you hear the total number. There’s no secret of the fact that we’ve had a decline in our enrollment, so that also decreases the work a bit,” Kalich said. “I mean certainly we would rather have more students and a higher budget, but I think I have no concerns that we are going to be able to deliver a quality experience for our students.”

At the end of last year, 11 faculty and staff in PGS retired from the program. However, PGS only hired back four of those positions.

With decreased enrollment this year, Kalich said there is no need for all the positions to be filled. This will save PGS some money.

“I would say in many ways, we’ve been able to keep our department budgets, when you look at their supplies and equipment budgets, they’ve really stayed untouched. It’s really been in our staffing lines in that when people leave, we don’t hire as many back and there’s a lot of savings,” Kalich said.

The Interim Dean of Arts and Humanities Dr. Kirsti A. Sandy was contacted by The Equinox for an interview, but did not respond. 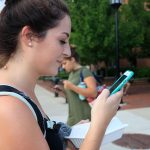 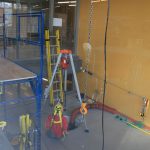