Local band to go on East Coast tour this summer

During the summer of 2017, local band Gray Haven will be going on tour.

The band is comprised of four Keene State College (KSC) students: Ricky Pelchar, Joe Sansone, Nick St Amour and Mike Holahan, according to a previously written article from The Equinox.

Blumberg said the band plans on recording more songs over the summer.

“We kind of are on this drive of just, “This is so cool. Things are happening and it’s possible just to go out there,’” Blumberg said.

In addition to recording during the summer, Gray Haven will also be playing at various venues and cities on the east coast.

The tour will start on July 28 in Manchester, New Hampshire, where they will play with two bands from Long Island, New York.

In August, Gray Haven is scheduled to head to Boston where they will not only play at venues, but will also be featured in a radio interview.

According to Blumberg, the band’s last date of the tour will be Aug. 13, when they will play in Philadelphia.

The band only has five shows scheduled, but Blumberg said that “more will happen.” 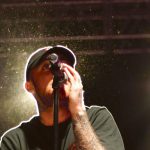 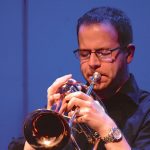