Student Involvement Support Assistant Deborah Edwards, who is a familiar face to many students actively involved on campus, will be retiring. However, according to Vice President for Student Affairs and Enrollment Management Kemal Atkins, Edwards does not have a set date for retirement and there is currently no replacement chosen.

“We began to start to review the roles [and] responsibilities of the position and the course of a period of time will determine whether or not or how we move forward once that position becomes vacant,” Atkins said.

On Thursday, April 27, Edwards was contacted and initially scheduled an interview with a reporter.

However, in an e-mail dated Monday, May 1, Edwards stated, “I really don’t have any information on this issue.”

Pearson said she had no comment on the matter, and routed the reporter to Ferrell.

Ferrell stated she needed to “route the request” through Director of Strategic Communications and Community Relations Kelly Ricaurte before setting up an interview.

The reporter contacted Ricaurte. Ricaurte asked for further explanation on the article.

After the reporter answered Ricaurte’s e-mail, Ricaurte did not respond.

Ferrell sent two separate e-mails stating the same text. One on behalf of herself, and the other on behalf of Pearson. Both e-mails were dated Monday, May 1.

“I won’t be able to share any additional thoughts with you at this time however, I have been assured that the college is looking closely at each position and determining how to move forward, based on the needs of the college and students,” Ferrell stated in both e-mails.

Another co-worker of Edwards, Assistant Vice President of Student Affairs Paul Striffolino, was also contacted for comment on Thursday, April 27. Originally, Striffolino asked via e-mail for more information on the topic before scheduling an interview. The reporter responded in a timely fashion, but Striffolino did not respond.

President Anne Huot was contacted via e-mail on Thursday, April 27 regarding Edwards’ retirement. After receiving no response, the reporter sent a second e-mail on April 29.

Executive Associate Cindy Krautwurst responded to the second email on May 2. Krautwurst stated, “The quickest way to get a response to interview requests is to go directly to Kelly Ricaurte who works with reporters to facilitate these requests. President Huot wants to help and due to her schedule, the best way at this point to do this is by sending her the questions, and she can reply by email as her schedule permits.” 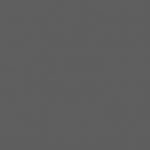 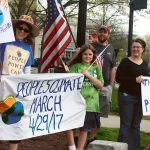