The return of Solarfest

Earth Day comes once a year, but at Keene State College (KSC), it comes in a big and loud way. The Saturday closest to April 22, or Earth Day, is the day Solarfest comes to campus.

This year, Solarfest fell directly on Earth Day. It was held on Oya Hill in front of Carle and Holloway Halls. 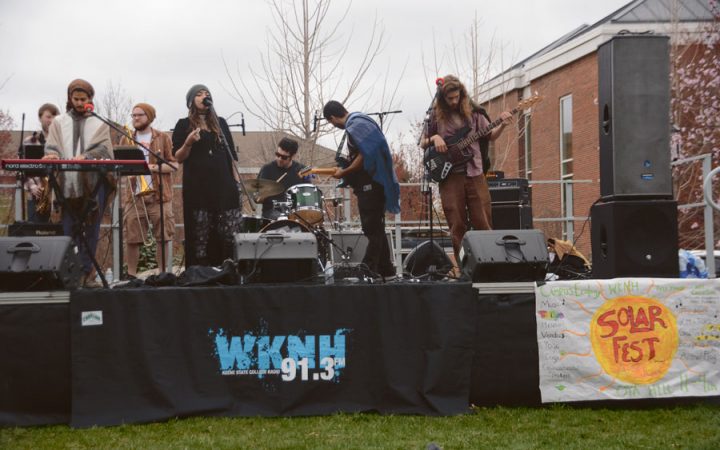 The event ran for about five hours, attracting a variety of people, including other student organizations. KSC Democrats, Environmental Outing Club and Pre-Med Club were among those tabling.

This year’s musical lineup contained a variety of bands, from folk to rock. Three out of the six bands contained alumni from KSC, while another was composed of current KSC students.

There was also an array of activities to partake in at the festival besides listening to the live music. Attendees could make cotton candy, participate in a clothing swap or shop from vendors.

Solarfest is the result of a collaboration between three on-campus organizations: WKNH, Fair Trade Club and Campus Ecology.

“We’ve come together for this festival and made it a lot bigger and a lot more environmentally conscientious,” said Vice President of Campus Ecology Seanna Flynn.

Part of setting up Solarfest involved selecting the bands that will be playing. Originally, WKNH had a hard time finding a band to be the headliner, but it eventually worked out.

“Until we got to [Animal Flag], we were talking to like four or five other bands and their schedules just didn’t work up, so for a couple weeks, we were kind of just stressing about trying to find a headliner, but in the end we found Animal Flag,” Co-Manager of WKNH Nick Busby said.

Fair Trade General Member Morgan McMinn said she found the most difficult part about setting up for the festival was organizing and finding time to meet up with other people.

McMinn said she was able to attend Solarfest for three out of the four years that she has been at KSC.

“It was amazing,” she said. “I really remember freshman year, I went a little bit. Sophomore year, helping out was fantastic… it was eye opening just to see everybody come together and have such a great bond with this awesome band.”

Prior to the event, Flynn said, “We got a really good lineup. The band, The Bourgeios Mystics, they are Campus Ecology alumni…it’s gonna be really fun and sentimental to have them here.”

Busby said he was enthusiastic for this year. “Everyone’s worked really hard at getting this event the way it is; every year it improves and I think this year it will stay on that trend of it being bigger and better than the years past,” Busby said.

There were a total of six bands that played at Solarfest this year. The first band to open for the event was The Most. Based out of Southington, Connecticut, The Most is a band that plays eclectic math rock.

According to their bandcamp website, “[The Most’s] sporadic style utilizes genre blending changes and innovative grooves to take listeners on a melodic journey. Their goal is to bring orchestration and technicality back to rock and roll in a new and refreshing way, while keeping in touch with the rawness of unbridled passion that lives at the heart of their punk rock roots.”

After The Most’s performance, Sons Who Disappoint Their Fathers, a band composed of current KSC students, took the stage.

Band bass player Jameson Foster and band banjo player and one of the band’s vocalists Mike Hunyadi originally played bluegrass together, but after two of their former bandmates left, they had a difficult time making music.

They eventually met Sam Smith, who would become their guitar player and one of their vocalists.

“We played with him once for like 40 minutes and it was just awesome. It was just instantly the most fun I’ve had since my sophomore year when he had the full original four of us,” Foster said.

From there, current lead guitar player James Spineti joined the group looking for music to play.

Right after the four settled on the name Sons Who Disappoint Their Fathers, Carolyn Cunningham asked to join the group as a fiddle player.

“We said, ‘Oh do we have to change the name?’ she said, ‘No I think it would be funny if it was like Sons Who Disappoint Their Fathers and then also a girl,’” Foster said.

The folk band was not originally set to play for Solarfest, but when one scheduled band dropped out, they stepped in to help.

“I think this would actually technically be our first actual gig I guess, so it’s pretty exciting,” Foster said.

The Bourgeois Mystics were up next.

Although singer and pianist Squiggly Finesse and bassist and vocalist Zenith Nadir both attended KSC, neither of them met on campus.

“We met through our mutual friend Felix who went here,” Nadir said.

While Finesse graduated in 2010, Nadir didn’t graduate until 2013. After he graduated, Nadir moved to Austin, Texas, where Finesse was already living.

“Some plans kind of fell through and I was like, ‘Well, Austin seems cool, maybe I’ll just move there. I have a music degree and they have music and [I] went there and we started jamming and then it was all just started really connecting musically,” Nadir said.

The Bourgeois Mystics play a wide variety of music. Finesse explained what genres they touch upon, saying, “I mean, it depends on who we’re talking to. Basement monkey bat jazz is one genre we’ve flirted with. Art funk is another one, kind of like art rock but more rooted in funk than rock. Kind of like Zappaesque, Sly Stone, Talking Heads-ish with some hip-hop tinges, 90s hip hop tinges. And then we also play jazz, metal and country, too.”

“We like lots of genres and like, ‘Well, why choose’ it’s just all just put it in a big stew and mix it all up,” Nadir said.

The 10-member band is currently on tour, with KSC being one of their many stops.

For both Nadir and Finesse, being back at KSC was “trippy.”

“It’s kind of wild being in the Dining Commons and eating all the old food and seeing some new buildings that have popped up,” Finesse said.

Jake McKelvie & The Countertops played after The Bourgeois Mystics.

While McKelvie is not a KSC alumnus, he attended high school with KSC alumnus and bassist Nick Votruba.

“I was playing music and recorded an E[xtended] P[lay] that…blew [Votruba’s] mind so much that he couldn’t help but encourage us to start a band,” McKelvie said.

“It completely changed how I looked at bass,” Votruba said.

When their first drummer quit, KSC alumnus and current KSC Interim Recycling Coordinator Matt Bacon was asked to join and became a member of the band.

“It feels good coming back to my throne,” Votruba said about being back at KSC.

The two-man band Giraffes? Giraffes! was the second-to-last performance during the festival.

Members Joseph Andreoli and Kenneth Topham met at KSC in the early 2000s. Eventually, they broke away from their previous bands and joined together to form the band A Heartbreaking Work of Staggering Genius, having their first performance in the Night Owl Café (NOC).

“[We] thought that might be a little too much for a band name,” Andreoli said.

“Somebody had gotten [a book called ‘Giraffes? Giraffes!’] for me as a gift and we had moved out to the west coast to Santa Cruz after we left Keene and we were just driving around because we had been playing this music a little bit and we didn’t have a name and it was in my car and we just kind of went with that as a placeholder, I think,” Topham said.

“It was just like, ‘That’s stupid and funny,’ and so we’re just like, ‘Oh let’s use that for now,’ and it just sort of stuck,” Andreoli said.

Andreoli elaborated on Topham’s comment and said, “It’s rock, but it’s like experimental, but it’s not so experimental that it’s unlistenable. It’s not so straightforward that it’s boring… It’s like if you had a [The] Who record and you left it in your car and it melted, so it’s like rock music but it sounds kind of f—– up.”

Solarfest was the first time the band has played again at KSC since their debut in the NOC years ago.

“I’m just happy to be back,” Topham said. “It’s really… very Déjà vu-ey to be walking around here and seeing things that weren’t here and just getting bearings and feeling old. It’s cool.”

Andreoli agreed that it was good to be back.

“I always feel like this is my home no matter how long I’m gone, so it’s cool to be back and cool to play here,” Andreoli said.

The band is a rock band based out of Boston, with members Matt Politoski, Zach Weeks, Sai Boddupalli and Alex Pickert, according to the band’s Facebook page.

For more information on Solarfest and students’ reactions to the event, please visit kscequinox.com or facebook.com/KSCEquinox/ for a multimedia piece.

Alexandria Saurman can be contacted at asaurman@ksceuqinox.com 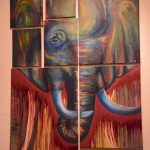 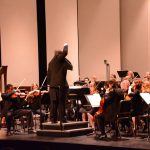