TEDx, the independently organized version of the popular TED conferences, was put together in Keene for the first time and was dubbed TEDxKeene.

The event, which took place at Keene State College’s Redfern Arts Center on April 8, featured seven live talks which all focused around a common theme of a “tipping point.” 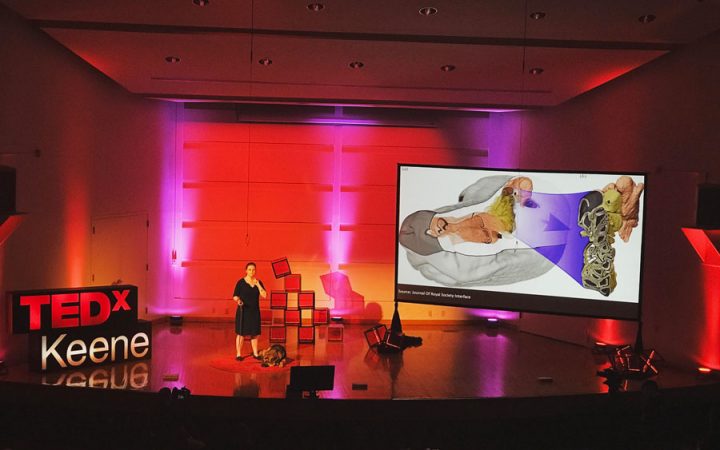 Speakers touched on topics such as how music can influence education and health, how strong community bonds can influence health, clinical depression, stress and breathing techniques, environmental conservation and more while also connecting those topics to the region.

Two members of the KSC community gave talks of their own at the event.

KSC Sophomore Mackenzie Donovan gave a talk with her service dog Rue regarding the use of dogs to detect an invasive and destructive species of beetle in wood spreading around the state.

She and Rue gave a demonstration where there were multiple pieces of wood laid out on the stage, but only one was infested by bugs. Rue quickly selected the bug-infested wood.

Donovan explained during her talk that it is because of the dog’s powerful nose and ability to separate smells that Rue was able to pick up on this normally difficult-to-detect pest.

Donovan said after the talk that she has given this presentation multiple times to a number of different audiences.

She gave her thoughts on the benefits of having the opportunity to speak. 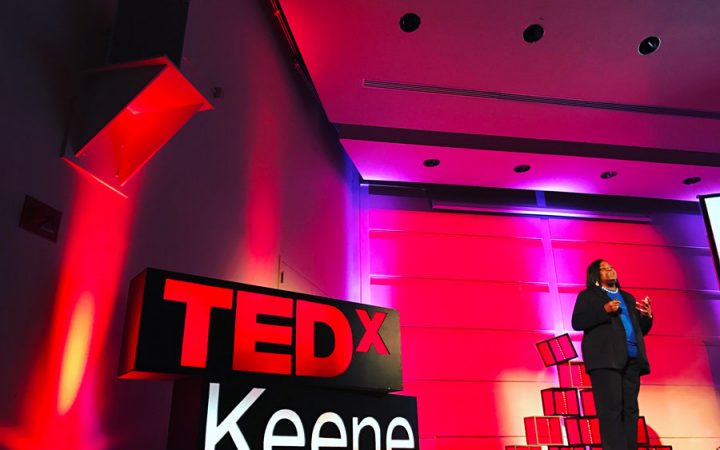 “It definitely helps me improve. I learn something new every time about being a better speaker. I learn something new about being a better handler for the dog because every time is different and then it really helps [with] making connections with other people and networking and it really does raise awareness for the cause because I understand [that] this isn’t a topic people really know about or think about,” Donovan said.

KSC Chief Officer of Diversity and Multiculturalism Dottie Morris also spoke in regard to identity, equality, acceptance and the socially constructed beliefs assigned to those things. She said that  lessons can be taken from nature to help people understand the importance of diversity.

“We’ve been snookered, we’ve been bamboozled into believing that difference is something that we should fear,” Morris said during her talk.

She later added, “Nature gets how important diversity is, around sustainability, around growth and most of all around repair. We have some repairing to do based on the social constructions we’ve created about one another and I think we can do it. It is not too late for us to do this.”

After her talk, Morris commented on how the topic of her presentation resonates today.

“…we find that these social constructs are having a major impact on how people are able  to live and so I think that even today, especially today I see a lot of divisions among people because of something that was socially constructed and it’s troubling because we all lose out,” Morris said.

Audience members, such as Amee Abel, said they thought that the talks were thought-provoking.

“I thought it was a very well put together event and the speakers who were presenting to us were very professional and their ideas were stimulating and exciting,” Abel said.

“I guess I’m still synthesizing what I came away [with]. I thought it was very exciting to hear Dottie’s talk where she was really helping us realize how important diversity is and how it doesn’t divide us, but rather helps us to become more creative and more potent as a community.”

Nikki Sauber, who was part of team involved in putting TEDxKeene together, said that overall she thought the event was a success.

“We’re pretty thrilled with the result of this year’s event for sure. The crowd that was here were the types of people who will take the ideas that were presented and bring them forward,” Sauber said.

Sauber also touched on the importance of hosting and attending events such as the one held in the Redfern.

“Events like this are important because they cultivate community, they bring people together in unique ways to talk about stuff maybe that’s never been talked about before.  Maybe it’s being presented in a different way and, you know, without events like this that really build community, it’s easy to feel like a community is disconnected,” Sauber said.

Sauber said that the group is already thinking about plans for TEDxKeene 2018. 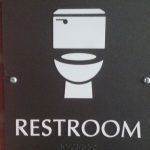