For some, music is something to listen to at the gym or a background noise for a long car ride; for others, it’s more than that–music is their passion.

The Keene State College Music Department debuted two student recitals this past weekend: one on Saturday, April 8 and the other on Sunday, April 9.

On Saturday, Angelica Monroe and Rebecca Towne performed their recitals.

Monroe said she has been playing music for about 10 years. 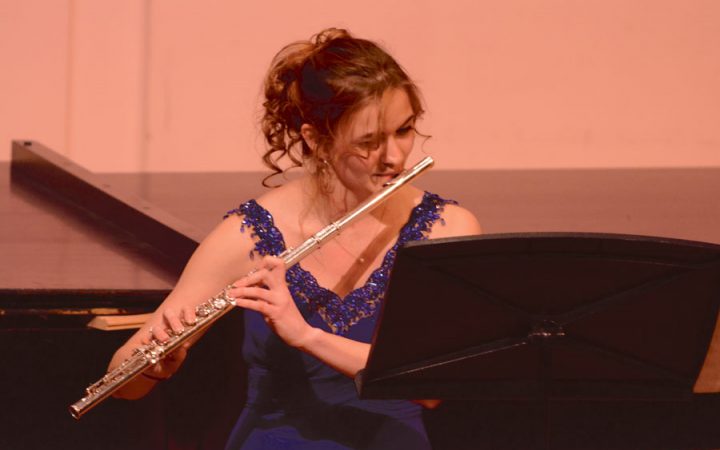 Her interest in playing the flute began in fourth grade when she watched the instrument demonstrations at her school.

“I heard the flute and I went home and told my mom, ‘I want to play the flute,’ and that’s all I said for two years,” Monroe said.

“I even talked to my grandmother. I told her, All I want to do is play the flute because it’s fun,’ and she got me a flute and I started playing and now I’m here.”

Although Towne was in band in fifth grade, she said she became more serious with music by eighth grade.

She said her inspiration came from her teachers.

“I guess I had a teacher in high school that I just really loved and I want to teach music.” 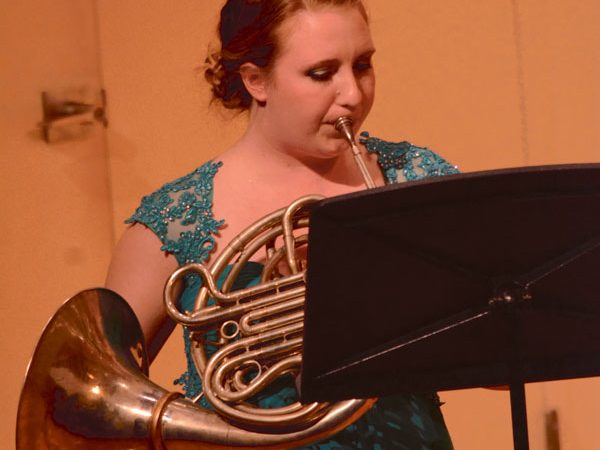 At another point in the concert, Monroe played the piccolo.

Monroe and Towne played a total of 11 songs, six by Monroe and five by Towne.

Each song was accompanied by pianist Vladimir Odinokikh.

“[Odinokikh’s] a lot of fun to work with and you can tell he really enjoys the music that he plays,” Monroe said.

When speaking on the performance, junior music composition and music technology major Alex Wilderman said, “I enjoyed it…I always enjoy coming and listening to my friends play,” noting that both are “exceptionally, very good players.”

Wilderman’s friend and first-year early childhood education major Diana McGuire echoed Wilderman’s thoughts on the performance, agreeing that she, too, enjoyed it.

The following night, Jeremiah Burr performed his recital, playing various percussion instruments such as the marimba, vibraphone and snare drum in conjunction with electronics.

Burr started playing drums at the end of fourth grade. 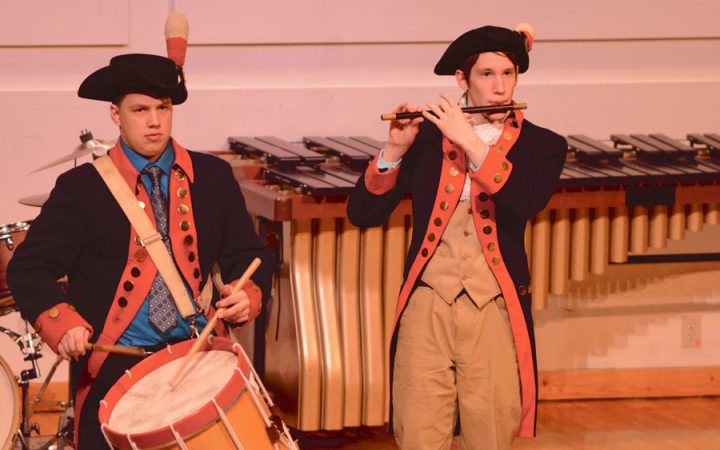 “A bunch of my friends wanted to start a band together and I said I would take drum lessons and learn how to play the drums for them,” Burr said.

“The band never happened, but I stuck with the drum lessons. I really liked them.”

Burr played a total of 11 songs throughout the night, some of which involved accompaniment from other students.

For the last song, “Onward Christian Soldiers,” Burr’s brother and father joined him on stage.

All three were dressed in uniform.

Burr said that he, his brother and father are a part of “the oldest, continuous marching band in the country.”

“I felt since that’s been a main part of my musical learning throughout the years that I really wanted to end it with something that I began with,” Burr said.

Following the recital, Burr said, “I think it went well…I thought it was different and maybe a little more interesting to some people.”

First-year math and education major Erin Morley and her friend, junior nutrition major Rachel MacKinnon, both attended the recital as a part of a class assignment.

“So far I like it,” Morley said at the intermission.

“It’s interesting. I’ve never been to a single instrument type of concert.”

Both MacKinnon and Morley have played musical instruments in the past. While Morley used to play the flute, MacKinnon played a variety.

“I’ve played an assortment of instruments but I kind of finished off my senior year switching between tuba and percussion so this is really interesting for me. I did like timpani solos and that kind of thing, so for me this [recital] is a lot of fun,” MacKinnon said. 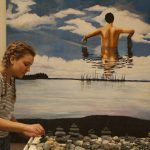 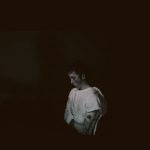