War has existed for thousands of years. According to the Ancient History Encyclopedia, the oldest war in recorded history was in Mesopotamia 2700 BCE. Over the course of several centuries, war tactics and forms of war have evolved.

Today, the threat of war has not disappeared and in America, it could be a major threat to our nation. Last week, President Trump launched a non-nuclear missile attack at a military airfield in Homs, Syria. It involved 59 missiles. Not only do I find this action to be destructive, I also find it to be a dangerous and risky move.

What we need to consider is the death toll that involved innocent lives. Syrian officials said to multiple news sources that some of the people were killed civilians. According to the LA Times, the Syrian officials said the airstrike killed six on the U.S targeted base and nine other people in surrounding villages. 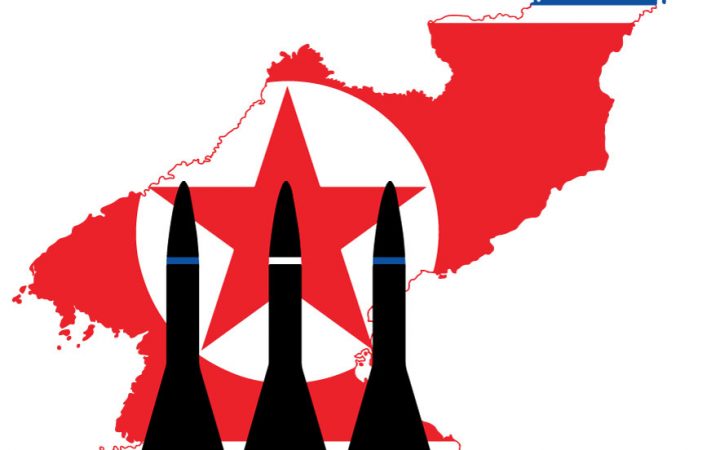 Whether what the officials said was accurate or not, having this information could make the U.S a potential target.  This could go back on the progress the American military has put forth to establish a positive relationship with some Syrian civilians.

In addition to the loss of innocent lives, the missile strike was a massive waste of money. According to an article on CNN, each tomahawk missile costs $832,000. If you multiply this by 59, the amount of missiles that were launched in the strike, that would bring the total cost to $49.088 million dollars. This is a huge cost to taxpayers. Trump’s reasoning as a message to Assad he isn’t okay with the chemical attacks he carried out on civilians.

If this is truly the case then what is the point of launching the amount of missiles that he did and wasting several million dollars? As much as I agree with his statements about the atrocity of the Syrian chemical attacks, why not just send a few missiles and save millions of dollars.

One missile that doesn’t miss their target is enough of a statement that our country won’t tolerate this injustice. These millions of dollars could have gone to help out the economy and other financial issues that American citizens are struggling with.

Another reason I am against it is the potential military retaliation the U.S might receive. When an air strike is being conducted by the military, it gives the message, “We are declaring war,” which would sign us up for a third world war. According to The Independent, China expressed their distaste for the air strike, saying it undermined Syria’s territorial sovereignty, an opinion I agree with. Vladimir Putin and Bashar-al Assad also expressed their distaste for the attack, condemning it as an act of aggression.

Not only did Russia and Syria condemn the airstrike, so did North Korea. Officials in North Korea said that the U.S airstrike was proof they needed nuclear weapons. So we potentially signed ourselves up for a war with three highly equipped and militarized countries.

If Assad’s and Putin’s chemical attacks on Syrian civilians wasn’t horrible enough, imagine what could happen if they decided to do these attacks on U.S. soil? What could happen if the same kind of attack occurred on U.S soil as a result of our attack on Assad? No military attack has gone without retaliation, with the attack on Pearl Harbor being a perfect example. North Korea has also had a fair share of nuclear threats. Imagine the devastation they could inflict on the U.S. with nuclear weapons. According to the New York Times and BBC news, China warned the U.S that the North Korea conflict could lead to devastation and that the conflict will only get worse.

While we do have a powerful military, how can we properly prepare for potential chemical and nuclear attacks? Right now, we are enemies with Assad’s regime, Putin, Islamic State fighters and North Korea. All of these places have many resources and were responsible for several thousand deaths, foreign and non-foreign, in the past.

Another reason why I don’t approve of the missile strike is because of the harm it could cause on other countries as well as our own. According to an article from CNBC, one of the countries that North Korea trades with is China.

Because the missile strike convinced North Korea their nuclear weapons are needed, it could potentially set us up for an attack. This, in turn, could be a problem for China and would impact the U.S. because we trade with China. If the U.S. ends up being in a full-on war with Assad, North Korea and Russia, it would affect surrounding countries. China expressed it would try and stop the conflict between America and North Korea because if they don’t, it could negatively impact both China and North Korea, causing them further economic issues.

Our country should not have to deal with another world war. We have come so far, so why destroy all of our progress just to instill fear in our enemies? The number one question one should ask is whether it’s worth all the risks when we carry out an attack as big as the airfield strike? Instead, compromises should be made and we should make an effort to not lengthen and worsen an already existing war. 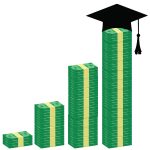 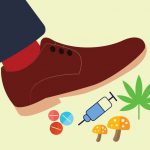