Petition made to keep the MAC open later

Students who rely on the Media Arts Center (MAC) to complete their coursework are circulating a petition to give them 24-hour access to the building.

The MAC, which is currently open from 7 a.m. to midnight during weekdays and noon to midnight on weekends, contains labs scattered throughout the building for students to utilize computer programs and other resources needed to complete coursework. However, some labs double as classrooms or are locked and are only available for predesignated periods of time throughout the day which are decided by the various departments in the MAC.

KSC seniors and graphic design majors Andrea Cuzzupe and Jenny Dalrymple co-created the petition and said  the lab hours available to students often make it difficult to produce high-quality work when also finding time for other classes and coursework.

“For years, we’ve been trying to get the MAC open for 24 hours, mainly because our days are completely full of classes and we have projects that they assign for the next class,” Cuzzupe said. 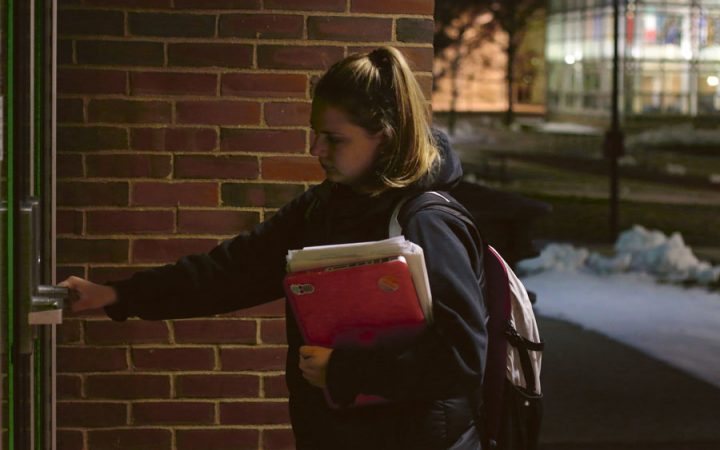 “It’s basically impossible to be able to get all of those projects completed to the high-caliber that we expect them to be,” Dalrymple said.

Associate Professor of Art and Graphic Design Randall Hoyt said students who work in the MAC should have more access to the resources that they pay for.

“We’re talking about students that work really hard and they’re being locked out of facilities they’re paying for,” Hoyt said. “We’re talking about majors who want to work on their projects when they can, which is at night, so I fully support this. And I’ve been working with the students for a long time, since I’ve been here for four years, and I think that we have enough critical mass now and I think it might be the time to make some changes to policy.”

Hoyt, who said he assisted students in creating the petition and been trying to build support for it, added that he has had a great response from his fellow faculty.

“My responses from the faculty are overwhelmingly positive. All of our students are suffering under the same draconian rule where they can’t access the building after midnight,” Hoyt said.

While the lab hours allotted to students in some majors is manageable, granting round-the-clock access is still supported, according to KSC senior and journalism major Joseph Barbesco.  “Obviously, being a journalism major, it’s affected me a lot because I basically live there… if it were 24/7, that would be ideal because you would have more time to shape your day around that,” Barbesco said.

“Our perspective is that we don’t need 24-hour access. That the journalism students have an extensive availability for equipment and for time in the lab and have access, especially the upper-level TV students, to a very extended time because of their combination access. So we don’t really get a lot of pressure or even requests from journalism students,” Kundanis said.

The issue of safety

According to Assistant Director of Campus Safety Leonard Crossman, 24-hour access could result in higher security and safety risks for the students and equipment late at night when there may not be as much oversight of the MAC.

“…It could potentially lead to an increase in property loss or damage if somebody’s in there that has ill intentions,” Crossman said. “Late at night, you never know who is going into a building and if someone is going into a building that is secure where they can’t call for help or anything like that, it creates a big safety concern for our department, but also for the community in and of itself…If somebody is alone, it could really put them at risk if they’re inside of a building and somebody enters that doesn’t belong there or has bad intentions.”

Crossman added that some security measures could help, such as giving access through a student’s Owl card, something he said is fairly regularly granted to students in various buildings with the proper permissions.

Film Department Chair Debra White-Stanley declined to comment for this story. However, contract lecturer in the film department Teresa Podlesney said she thinks the petition is a great idea and that students should have more access. She also addressed concerns about student responsibility while in the MAC.

“I think that if there are fears that somehow students aren’t going to take care of their shared resources…then it’s important to have students encourage each other to share stewardship, right? It is a privilege to be able to access the facilities 24 hours a day, and so I think that our students are adults that will understand that responsibility and hopefully if students see other folks not treating the place respectfully then they’ll mention it,” Podlesney said.

Once she receives the petition, Hottinger said that she will consider the needs of the students outlined in the petition, review current KSC building access policies and consult the appropriate faculty and staff to determine if the request is a viable option before making a decision on the matter. If the request made by the petition is not able to be fulfilled, she said that a compromise may be able to be reached, such as opening the MAC earlier on Sundays.

Updates to the story will be provided as more information becomes available. 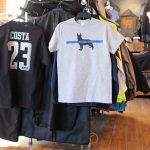 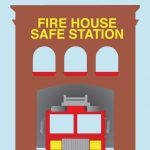