Keene State College (KSC) baseball had their home opener on Thursday, April 13 against Salve Regina University (SRU) for a non-conference game. Earlier this season, they had faced each other and KSC lost, 7-3.

To start off the game, there was a foul ball caught by KSC junior Christian Bourgea to make the first out of the game. KSC got a double play, which ended the top of the first inning.

Nate Pederson started the second inning as pitcher for the Owls. Salve Regina’s number 14 Dylan Ketch tried to steal second, but got thrown out. No runs were made by SRU in the top of the second. KSC first-year Connor Walsh started the bottom of the second with a double from a line drive to left field. Sophomore Owl Devin Springfield hit a fly ball deep into center field, but unfortunately it was caught, ending the second inning.

Salve Regina’s number 3 Brody Santilli laid down a nice bunt advancing to first base in the beginning of the third inning. Ketch hit the ball into center field, giving him two RBIs. KSC sophomore Nate Rossi hit a double to start off the bottom of the third and SRU made a double play to end it. The score was 0-2, Salve Regina.

To end the top of the fourth inning, KSC first-year Brian Vieira had a double play. Following this, KSC’s Connor Longley hit to right field, advancing him to second. No runs were scored in the bottom of the fourth, just one hit by KSC.

During the sixth inning, Bourgea, third baseman for the Owls, made a play at home plate, preventing a run for Salve Regina. Seahawk number 9 Hunter Sleeper had one RBI in the top of the sixth. Following this, in the bottom of the sixth, Sleeper made an error, allowing KSC’s Tom Meucci to get on first. KSC’s Zach Rollins had a hit driving in a run, but got out at home. At the bottom of the seventh, SRU’s number 6 Alex Perry had an RBI and the score was Salve Regina, 5-0.

At the top of the eighth, the Seahawks laid down a bunt, advancing the runners on first and second. Salve Regina’s Sleeper had a hit, creating two RBIs and making the score 7-0. At the bottom of the eighth, KSC John Tarascio advanced to second due to an error by Salve. KSC sophomore Mac Struthers and first-year Connor Walsh both had RBIs, putting the Owls on the board with three runs.

During the bottom of the eighth, all bases were loaded and the score was 7-3, Salve Regina. At the top of ninth, Salve’s Christian Vargas had an RBI. Then, KSC scored, making the final score 8-4, Salve Regina. The Owls’ next home game is on April 22 against the University of Massachusetts Boston at 12 p.m..

Adriana Sanchez can be contacted at asanchez@kscequinox.com

In the first game, the WCSU Colonials batted first. After a hit from Colonial Bill Buscetto, Clete LoRusso scored a run. Buscetto was still on base by the time the team struck out.

KSC Owls Zach Rollins and Connor Longley scored two runs off of hits from Connor Walsh and John Tarascio, respectively. The Owls struck out, leaving two men on base.

Owls’ Tom Meucci, Mac Struthers and Rollins all scored in the fourth inning, bringing the game score to 6-1 in favor of the Owls. 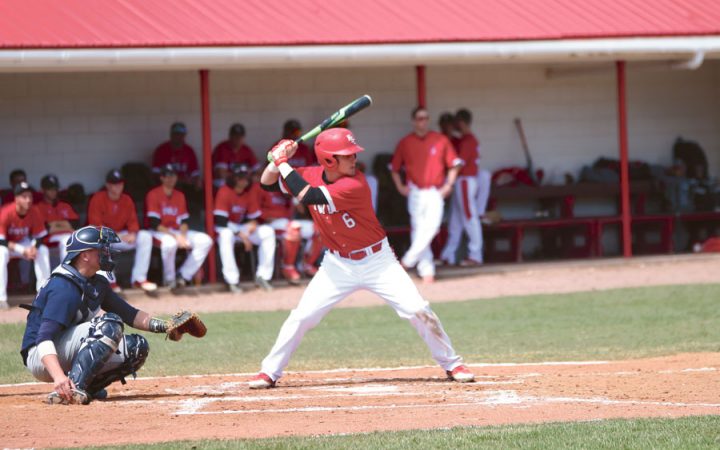 No additional points were scored from either team until the bottom of the eighth, when Owl Nathan Rossi scored his 20th run of the season. Meucci and Rollins also scored runs in the inning before the Colonials took the field for the last time in the game.

The Colonials did not score again; the bottom of the ninth was not played.

Michael Crimi pitched a total of eight innings, managing seven strikeouts and giving up only one run.

Colonial pitchers Daniel Hedden and Erik Nicholson faced a total of 41 batters between them, striking out five.

For the second game, the Colonials started at bat again, but did not score until the fourth inning when Colonial Frank Vartuli hit the ball, allowing LoRusso, who had stolen second, to score.

The Owls managed to score earlier in the game at the bottom of the second. Christian Bourgea, John Tarascio and Devin Springfield all scored hits, but only Bourgea scored a run.

Bourgea scored again in the bottom of the fourth off of a hit from Springfield.

In the sixth inning, LoRusso and Joe Daigle scored two runs for the Colonials.

The Owls mirrored the Colonial’s runs in the same inning with a homerun from Tarascio, which led to a run from Walsh, who was on first at the time.

The Colonials only scored once more while the Owls scored four more runs.

Once again, the bottom of the ninth was not played.

Tim Coppinger and Jeff Lunn served as pitchers for the Owls, pitching 6.2 and 2.1 innings, respectively.

Each Colonial pitcher, George Bielizna, Matt Fasoli and Taylor Donofrio, allowed the Owls to score one home run. Bielizna pitched for 5.1 innings–a majority of the game.

The score ended 8-4 in favor of the Owls.

After the win from game one, Owls’ Head Coach Ken Howe received his 550th win of his career.

Howe is a Keene High School and KSC alumnus who also attended the University of Central Florida, where he played baseball. In 2008, the Little East Conference (LEC) named Howe the Coach of the Year, according to his bio on KSC’s athletic website.

Per the National Collegiate Athletic Association (NCAA) Baseball Coaching Records, in 2016, Howe was ranked 32nd in highest number of victories in Division III, with a total of 524 wins.

0Shares
0 0
Joint World Cup Bid: Good or Bad Previous
Men’s lacrosse extend its streak to five after a win... Next 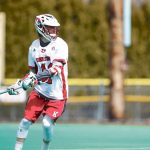