In a world where technology is evergrowing, the art of drawing and writing on paper can be overlooked.

For one Keene State College (KSC) graphic design major, combining the two sets her apart from everyone else. 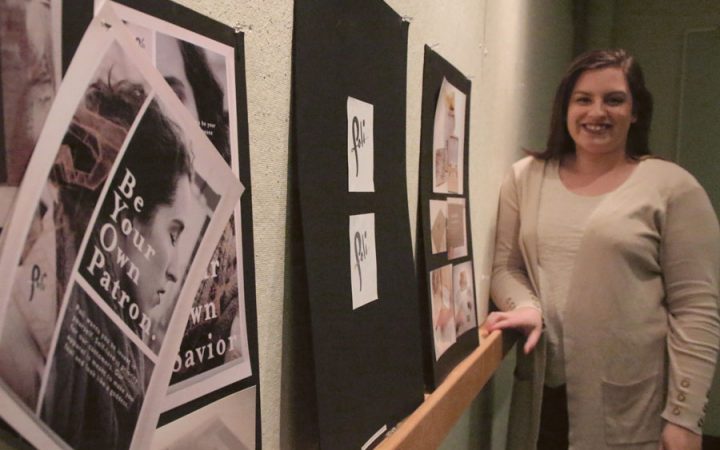 “The first thing that sucked was we were working with calligraphy and I’m a leftie, so there’s really no left-handed calligraphers…so I’m ambidextrous so I taught myself how to do calligraphy right-handed,” Lyons said.

After doing some research, Lyons said she discovered that calligraphy didn’t have to be so “formal” and that there were more fun ways to do it.

In Graphic Design 3, Lyons created a mock clothing company called “Poli.” The company’s purpose was to create “transformative clothing for young, professional women” and to  “celebrat[e] the modern woman,” according to Lyons.

She took inspiration from many sources, from renaissance sketches, representing the idea of a “renaissance woman” to her time abroad in Italy, basing the name of the company off of the Italian word meaning polyhedral.

Lyons said that she was “fed up” with doing many logo designs for her brand, so she turned to a computer software, Adobe Capture, that allowed her to take a picture of her work, transferring it to the computer.

Eventually, she came up with a design that she liked and settled on a concept for the whole brand.

“I’m really proud of this little brand,” Lyons said. “I cussed a lot and I swore a lot; it was a lot of frustrating moments, but it was good. I felt good after it.”

Senior BFA in graphic design major Rachel Carbone had class with Lyons this past semester.

“When I look at [her] stuff, [she] ha[s] that sense of style…she developed this handwritten type where I can pick it out anywhere,” Carbone said.

Lyons is currently finishing up her BFA portfolio along with 25 other graphic design majors. As a part of the graduation requirement, these students must prepare a senior exhibition in only one semester.

“We have to get our portfolio prepared [and] assembled ourselves ready for a show. We have to self-brand ourselves, design resumes and websites,” Lyons said.

The name of the senior exhibit, Twenty-Six, was a concept developed by Lyons and her group.

Both Carbone and Davis-Kelly said that Lyons was a leader.

“She knows how to not take charge in a bad way, but [she] take[s] the initiative and [she’s] an advocate for [her]self and I think that’s a great role that [she’s] the leader of our portfolio review,” Carbone said.

“[She] handle[s] it great and like nobody else would have the patience or the leadership roles to be able to handle that job,” Carbone said.

“She is such a natural leader and art director…she’s really good at helping other students resolve issues [and] concepts,” Davis-Kelly said.

Speaking on the senior exhibition, Lyons said, “It’s called The Twenty-Six because there’s 26 designers that are graduating from the BFA program…It’s in the numbers.”

“We’re proving to people at this exhibition that… we work f—- hard… we aren’t just drawing and clicking around on the computer and we’re not these floozy artists that we’re working hard and that we’re not to be f—– with. We work hard.”

The graphic design senior exhibition will be held from 3 p.m. to 7 p.m. on Friday, April 21 in the Media Arts Center and is free and open to the public. 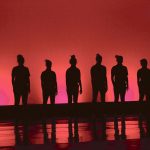 An Evening of Dance Previous
An a cappella afternoon Next 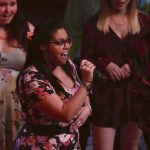