Loaded with an abundance of fast cars, scantily-clad bikini girls and charismatic personalities, “The Fate of the Furious” marks yet another chaotic spectacle that somehow reaches unfathomable heights of pure absurdity.

Just when Dominic Toretto [Vin Diesel] thought he could settle down with his wife Letty [Michelle Rodriguez], a new threat emerges in the form of Cipher [Charlize Theron], an accomplished cyberterrorist with the far-reaching ability to orchestrate mass mayhem at her fingertips. 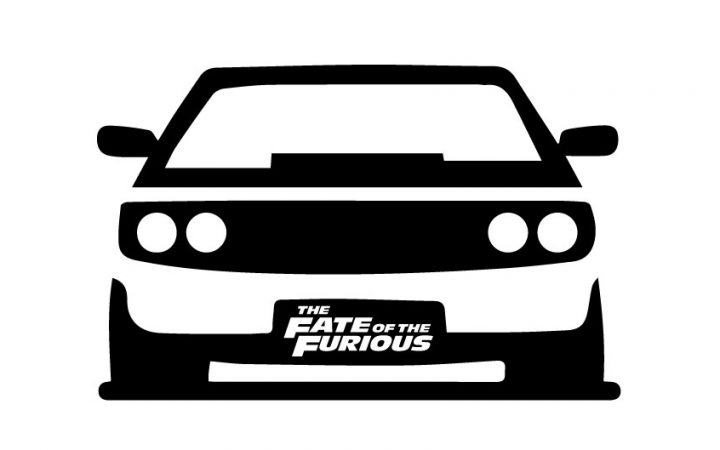 Determined to see Dom carry out her destructive agenda, Cipher preys on his internal weakness, forcing him to betray everything he stands for.

With Dom working side by side with a devious criminal mastermind, his former crew [Dwayne Johnson, Tyrese Gibson, Chris ‘Ludacris’ Bridges, Nathalie Emmanuel and Kurt Russell] is dispatched on a perilous mission to put an end to Cipher’s reign, woefully unprepared for the pandemonium she has in store for them.

If there was ever a film in which a director captured the precise visual representation of a small child running amok throughout a toy store, “The Fate of the Furious” is the closest one could possibly get. Fresh off the critically acclaimed hip-hop biopic “Straight Outta Compton,” director F. Gary Gray took the reigns of the enthusiastically ludicrous “Fast and the Furious” franchise.

We’re eight films into a series that built its foundation on street racing and has since become the meathead equivalent of a globe-trotting 007 adventure.

There’s no enticing incentive for a filmmaker of his caliber to give an action series this ridiculous a second thought, but you know what, sometimes we need to unleash our inner child, submarines, remote-controlled zombie cars and all. What a time to be alive.

“The Fate of the Furious” wastes no time defying the laws of physics via a Cuban street race in which Dom successfully drives a run-down vehicle that becomes engulfed in flames after using a little too much nitrous oxide. This movie is like a game in how it frequently toys with audience expectations.

With any “Fast and the Furious” movie, you’re well aware that you’re in for cartoon cavalcade of cinematic excess, but just when you’ve think you’ve seen it all, Charlize Theron, the series’ most interesting and devious antagonist to date, acquires control of thousands of zombie cars to cause mass hysteria all over New York City at her disposal. Hatching her cunning plan aboard a private plane of her own, Theron truly puts the car in carnage. No, I don’t apologize for that pun.

At this point, I expect nothing less than a big budget soap opera injected with a tank full of Nos. Imagine the vehicular anarchy of “Mad Max: Fury Road,” minus the masterful aesthetics of visual storytelling.

You buy into the insanity because of the array of characters you’ve come to form an attachment to for seven films now.

The bickering between Ludacris and Tyrese Gibson, Vin Diesel spouting about the importance of family, Kurt Russell taking hold of every situation; these folks are the sole reason why this works and something as low brow as “Transformers” falters. If they’re having a good time, then I’m having a good time.

From its over-the-top stunt work to character invincibility, this series has mutated into a superhero property.

Nowhere is this more evident than a gleefully overwhelming prison break sequence in which Dwayne Johnson continues to take names and break bones, all while the guards shoot high-velocity rubber bullets that bounce off his chest as if he were the Man of Steel himself.

In this, “The Fate of the Furious” reaches new heights in upping the ante well beyond its predecessors and I couldn’t help but sit there with a big goofy grin on my face throughout.

Scratch that, I take it back. I emitted a constant flow of tears more than anything.

No comedy in the past five years has made me convulse with persistent laughter to this degree.

There’s something truly magical about a film where Dwayne Johnson and Jason Statham show such seething hatred toward one another to the point where I could make the viable argument that they’re the definitive power couple of 2017.

Doing what I do, I run through the gamut of one genre after the other every single week.

Every once in awhile, it’s refreshing to have a palette cleanser where I can sit back and watch a thoughtful demonstration of cinematic mayhem unfold before my eyes.

Sure, there’s a plethora of plot incoherencies, bounding leaps in logic and enough corny one-liners to tire Arnold Schwarzenegger, but if you’re in the mood for a gut-busting comedy that rarely lets up, then gladly give yourself up to “The Fate of the Furious” and watch what happens. 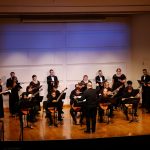