The Keene State College Senate approved a new grading system. On Wednesday, April 5, the senate met in the Mountain View Room for their monthly meeting.

During the meeting, they discussed the status of the Committee on Alignment of Vision and Structure (CAVS) report.

Senate member and Provost and Vice President for Academic Affairs William Seigh said he hopes to establish a direction for the campus before the summer and hopes to “hit the ground running beginning in fall.”

Following senator and history professor Gregory Knouff’s academic policy report, senator Brendan Denehy spoke on the topic of the current grading system. KSC is a member of the Council of Public Liberal Arts Colleges, or COPLAC.

An individual at the senate meeting stated that about 50 percent of the other colleges and universities in COPLAC use a chromatic grading system.

The chromatic grading system involves the use of pluses and minuses, each representing a specific grade point average.

He said the student assembly voted unanimously on the subject of changing KSC’s current grading system to the chromatic grading system.

When everyone was finished discussing the matter, the senate took a vote. A majority of the senate voted in favor.

No major actions will be taken anytime soon. More updates will be given as they are made available. 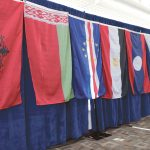 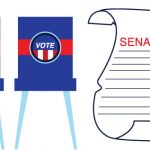