Every day, people take dozens of photographs that get stored on a phone, put into an album or even framed on a wall. But one Keene State College student is taking the use of photographs to another level.

Senior Aedan Lake is majoring in studio art with a concentration in painting.

In order to be accepted into the bachelor of fine arts (BFA) program, which was approved in 1999, students are required to submit a portfolio and meet specific academic requirements. 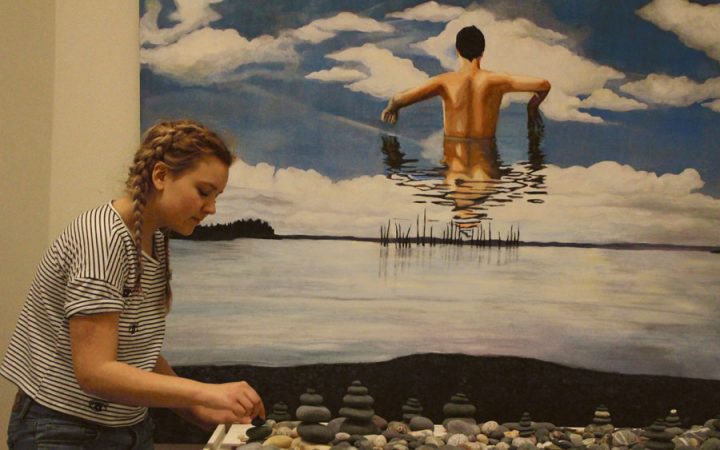 Art Professor John Roberts said, “We want to be able to work with our best students and to push these students to another level, to a much higher level as far as the type of work that they’re doing, to go beyond what can normally be done in the traditional kind of studio classroom situation.”

During a selected student’s senior year, he or she works with a faculty mentor to help solidify ideas, do research and receive advice and help on his or her’s senior exhibition.

“This is not a faculty-dictated system or anything like that. These students develop what they basically want to do and then we work…to point them [in the] correct direction for resources [and] for research that they will need in order to produce this body of work,” Roberts said.

When senior studio art major Aedan Lake had to pick a topic for her BFA project, she wanted to make sure that it was something she was interested in.

“I wanted to pick a subject I wouldn’t get bored of looking at for a whole year and I knew if I picked something that was so important to me specifically that I could focus on it for that amount of time,” Lake said.

She decided to focus her piece on an island.

“It’s based on this island based off of the coast of New Brunswick, Canada, that my grandmother was born on and it’s always been really important to my family to go back there once a year and spend some time there and a lot of my family still lives there,” Lake said.

As for choice of mediums, Lake decided to combine photography and painting. She said that her grandmother had loved taking pictures of Lake and her family and did it often.

“It was really annoying to us when we were kids but I’m appreciative of it now as an adult because I have just boxes and boxes and boxes full of photographs of my childhood of places that we went to and especially of this island.”

With the help of her advisor, Associate Art Professor Peter Roos, Lake overlapped her own photographs with her grandmother’s to form “weird, disjoined forms” that Lake described as “a connection between the past and the present.”

“In the beginning, we talked about what sort of project she wants to pursue, how she envisioned it kind of growing, and then we talk about what form that might take,” Roos said.

Gallacher, whose studio is next to Lake’s, said, “I sort of describe them as surreal because she uses mixed medium by photoshopping different pictures together so it gives it sort of a dream-like quality because…it’s more than one scene and it’s just it’s almost like a flashback; it reminds me of a flashback in a movie.”

At the end of the second semester, the project is displayed in the Thorne-Sagendorph Art Gallery. Originally, there was an issue with the use of the gallery due to lack of help. However, Roos’ family created a fellowship through an endowment, which ultimately helped the problem.

Lake finished her project at the end of March and installed it in the Thorne-Sagendorph Art Gallery on April 5.

“I am done with all this and it feels so great…I’m really proud of not only the work that I did, but the work of my peers and I couldn’t have asked for a better group of people to be shown next to,” she said.

While the gallery itself will re-open on April 15, the opening reception for the studio art BFA major’s exhibition entitled “Emerging Art,” is Friday, April 21 at 5 p.m.. 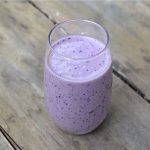 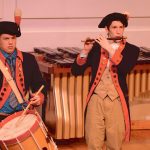