It’s that time of the year where students, faculty and people from all walks of life come together to see the work and effort of students through their presentations.

From topics of African American literature, to responding to sexual violence, a whole wide range of topics were presented by students at the Academic Excellence Conference (AEC) held on Saturday, April 8, from 9 a.m. to 5:15 p.m.. 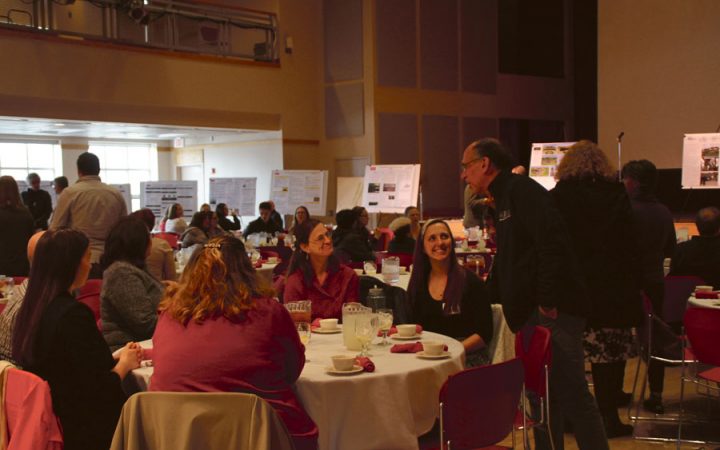 Some of the presentations were held at the Mabel Brown Room and the first floor in the Putnam Science Center.

The Mabel Brown Room was bustling with fellow students, staff and faculty members.

People attending the event were able to eat and communicate with student presenters in a casual but professional setting.

The science center had a handful of people who attended student presentations.

Among the people who attended the Academic Excellence Conference was English and American Studies Professor Dr. Michael Antonucci.

Antonucci said he has been doing panels for the AEC for about a decade. Antonucci was impressed with his students’ work. 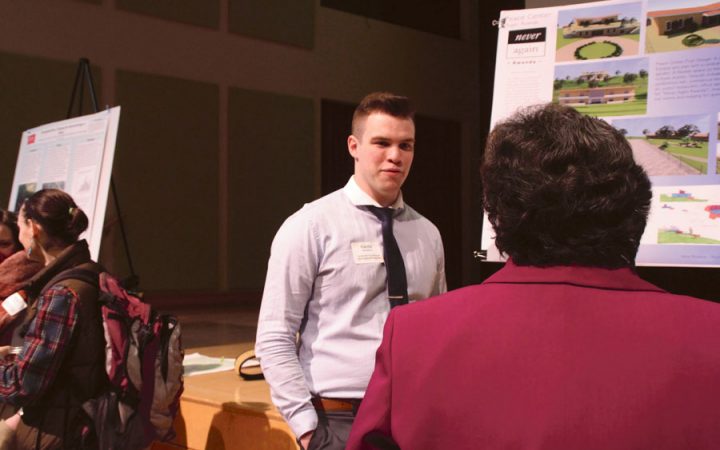 “It’s great to see students like these do presentations like this in the AEC setting. This is what it’s all about and this is what public liberal arts education is supposed to be,” said Antonucci.

KSC student Tyler Harrington was a part of Antonucci’s class and did his presentation on African American poet Michael S. Harper.

He said he enjoyed reading Harper’s poetry and decided to do his paper on him.

“While reading it [Harper’s poems] throughout the semester, it was one of my favorite texts to read. I never looked at black poetry at all. But in the class, I was reading poetry and the cool thing about it was there were so many layers to it.” said Harrington.

Keene State senior Robert Tocci was among the many student presenters at the AEC.

His presentation was called “Discrepancies In Cognitive Performance Between Male and Female Collegiate Hockey Players Post-Concussion.” 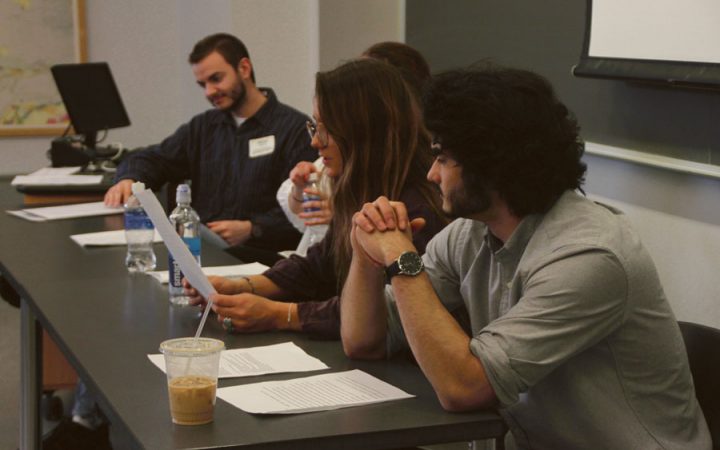 His presentation explored the differences in cognition after student-athletes received concussions and differences between how each sex’s cognition is affected after they receive concussions.

Tocci said he became interested in this topic because of his love for ice hockey and felt that concussions are currently a hot topic.

“It was nice because a lot of my classmates were there with me, fellow members of [the] honors psychology program,” said Tocci. “There were enough friendly faces in the crowd where it made me feel comfortable.”

KSC senior Catherine Monroe came to the AEC to give her best friend some moral support.

Her friend was among many students who gave poster presentations in the crowded Mabel Brown Room.

Her friend is a business marketing major and did her presentation on how to respond to customers online. Monroe said she felt the AEC is important for students.

“I feel it’s important for people to see strong points and show their work in their specific major or personal interests,” said Monroe. “It really gives them an opportunity to dig deeper and display what they know.” 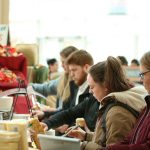