A case for remodeling

A committee tasked with evaluating the academic system at Keene State College has come up with three alternative models, one of which will potentially have a future at the college.

According to the committee’s report, the committee known as the Committee to Align Vision and Structure (CAVS) was asked to answer this question: “What are possible structural redesign options in Academic Affairs that could enhance and contribute to the fulfillment of the liberal education vision at Keene State College?” They were then tasked with presenting their findings in a public report.

The reason given by Provost and Vice President for Academic Affairs William Seigh for why the CAVS was charged with this task was because KSC is at a place where three of the four deans are in interim positions and Dean of Science and Social Sciences Gordon Leversee is set to retire, so no dean would have to lose a permanent position. “Right now where jobs are in question are numbers of deans,” he said. “I’m not sure at the end of this discussion, we’re going to have five deans, so will we lose a dean’s role, or two deans’ roles or three deans’ roles? Possibly. So I think these jobs may go away. Will the work go away? No, someone has to do the work.”

As for all the associate and assistant deans with each program, Seigh said every year is different for the amount of people within each program. “So these jobs are more fluid depending on what the needs are and who’s available to fill these positions. [In] my 20 years here, the number of associate or assistant deans has varied,” he said.

The current system at KSC entails a three school system of Arts and Humanities, one of Professional and Graduate Studies and a third of Sciences and Social Sciences. At the end of March, the CAVS report came out with an altered three-school model, a two-school model and a one-school model (to read a detailed summary of each, go to B6).

Chair of the CAVS and KSC History Professor Greg Knouff was asked if the positions of the deans were the only factor that went into coming up with three different models. He said he didn’t feel at liberty to say since he was just following the charge to the committee. “I’m the wrong person to ask about that because I’m [with] the committee,” he said

Dean of Professional and Graduate Studies Anne Miller said she didn’t have any concerns with any of the proposed models or with her job position. “I’m confident we’re going in the right direction,” she said. Miller also said she would be retiring in December of 2017.

Miller said there was no one model she favored for the time being, however she liked the idea of an interdisciplinary approach. She likened it to being in highschool where a student learns a variety of topics. “You might feel like you’ll never really all of these subjects, but as you go you’ll see the interconnections of knowledge. It’s a richer experience,” she said.

However, Keene State already has an interdisciplinary program known as the Integrative Studies Program or ISP.

The CAVS Chair Knouff acknowledged that the ISP is very similar to what the committee came up with, especially for the two-school model and one-school model.

Miller was quick to say that not every course needed an interdisciplinary approach.  “Students need to have an understanding of depth and breadth, meaning they understand their specific focus and then have other materials to add to their education,” Miller said.

She gave an example of this by saying a student majoring in architecture could understand movement and beauty by taking a dance class. “I personally have a lot of belief in the interconnectivity,” she said. “It’s similar to how we have all these departments on campus, but as a whole we have this community.”

Miller said there needs to be more open discussions so that people can understand clearly what will be implemented. “It takes a lot of time. We need to be sure we’re thoughtful and get the benefit of many different perspectives,” she said. Miller said this was especially important because the CAVS report is about exploring different foundational structures. “There are many steps we need to take,” she said. According to Miller,there also needs to be more support from all across the campus. “There hasn’t been a lot of support, but that comes through in all three models,” she said.

What does this mean for students

One element of support that has been said to be the main focus for the work of the committee is student support.

The committee held an open forum for students and Provost Seigh visited Student Assembly earlier in the year to discuss the CAVS’s work.

KSC junior and member of Student Assembly Adam Geddis said that it was a little difficult to remember everything Seigh discussed since what Seigh said to Student Assembly was so far back, but that he thought it was important to consider different options. “I haven’t heard too much about it, but I’m interested in how it will play out,” Geddis said.

Geddis said he personally feels that whichever decision is made, he doesn’t think it will hurt students or their learning.

At different points, both Seigh and KSC President Anne Huot have said the potential restructuring is to help students, first and foremost, have the best learning opportunity they can at KSC.

In the eight problems listed concerning the current system in place, there is only one that connects to students. That problem listed was was that it is unknown how well the current structure helps students “navigate their way through the college, or attract new students to the college,” according to the CAVS report. The other issues dealt with workload, possibly having too many positions for similar jobs and the distribution of startup packages.

In addition, Seigh said he finds that KSC is already an effective school for students. “I really do believe that we are serving the students well,” he said. “The data that we continue to see, that our students are… pleased with their education. They are finding work, we are ranked really high as a student body, it’s really exciting.”

He also said that many students wouldn’t really see a change on whichever proposed model was implemented. “The college is going to continue to have majors and departments and I think the way our students connect with the college is largely going to remain the same,” he said.

Upon being asked as to how students would be directly impacted by the changes seen in each model, he said in fact the most changes to be seen would not be about students. “For example the three school model… these changes are mostly administrative within the schools and in fact to be honest, a lot of changes in the models are administrative within the schools,” he said.

There were three open forums held for the KSC community to share their opinions on the report submitted by the CAVS. The Equinox was only able to attend two meetings, the first one on Tuesday, April 11 and and the last held on Thursday, April 13. During the meetings, some people supported the models and what they symbolized: a move to restructure KSC’s academic structure. Others did not. Many people asked questions revolving around the motto “if it ain’t broke, dont fix it,” as stated in the first meeting held on Tuesday.

Seigh said later in an interview with The Equinox, “This action is not happening because something is broken and we have to fix it. It’s happening because we’re in pretty good shape where we have the opportunity to be even better and stronger.”

Other concerns expressed at the forums included the fact that although the student population is getting smaller, it seems as though more faculty and staff leadership roles are being made. Another issue people at the forum found was that the models didn’t necessarily address what is best for students.

KSC Director of Corporate Partnerships and Strategic Initiatives Daniel Henderson said he personally didn’t think any of the models would be applicable for students. “Nothing from these models helps form internships or jobs” he said. “Hypothetically, the one school system helps because of the interdisciplinaries.”

In addition, Henderson said that conversations with students about their future at college should be addressed as soon as they enroll. He said, “Today’s students are graduating with students from all over the world. What are things they need to have so they’re hired?”

However, others liked the models and thought there could be something beneficial made out of them. KSC Biology Professor Karen Cangialosi said during the meeting that she felt change would be good. “Higher education is shifting really fast, we can’t just keep doing what we’ve been doing,” she said. “We have this opportunity as we restructure to redefine what we really mean.”

After the meeting, Cangialosi spoke with The Equinox. “I think this has been a great discussion,” she said. “But the three models don’t go far enough in redefining our institution. We have such an opportunity to put our students at the forefront.” Cangialosi said the school needs to ask students what they need or want from them. “If we don’t change, we’re going to be in trouble.”

Katie Jensen can be contacted at kjensen@kscequinox.com 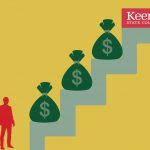