The effects of music on mental health

Music can be invigorating, tantalizing, relaxing or even therapeutic. Studies show that music can help reduce pain and overcome fatigue, according to Darlene Oakley’s article on EmpowHER. In addition, PsychCentral reports music can also help combat stress, depression, emotional difficulties and anxiety.

In an interview with the American Psychological Association, neuropsychologist Daniel Levitin said, “Lots of things that we do affect our physiology…And we’ve seen evidence now that music can alter brain chemistry and even the production of cytokines, immunoglobulin A and other components of a healthy immune system.”

Each of these “components” has a specific job in the body.

Immunoglobulin A (IgA) is an antibody, according to MedicineNet. One study found in The European Journal of Psychiatry compared exam stress to the levels of salivary IgA in medical students. They found that “Salivary IgA is reduced in response to exam stress.” 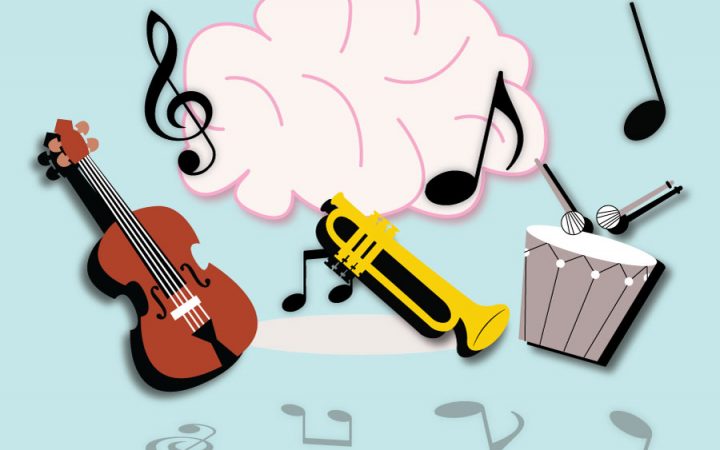 Theories relating to music’s effect on the body are new, but “the evidence for the beneficial effects of music on reward, motivation, pleasure, stress, arousal, immunity and social affiliation is mounting,” according to Mona Lisa Chanda and Levitin’s feature review titled “The neurochemistry of music,” found on daniellevitin.com.

“We consider the evidence to be promising, yet preliminary, due to numerous confounds and limitations of many studies performed to date,” they said.

KSC psychology professor Dr. Larry Welkowitz is also trying to understand the relationship between the brain and music.

“What I think is that music connects to the parts of the brain that are tribalistic. They connect us with groups of people…we then connect with other people who are feeling similarly or have similar responses. So, music can be really connecting,” said Welkowitz.

Some Keene State College students have experienced the relationship between music and mental health first-hand.

First-year music education major Will Wright discovered that music was his outlet in middle school when he first faced bouts of anxiety.

“In seventh grade, I got to audition for a district’s band and I was super excited about it,” he said, “but it was my first audition ever and I went in and I got really, really nervous and I got a 49 out of 150.”

After working with his teacher, who prepared him with mock auditions, Wright received the highest score in the district the following year.

“I worked hard, but didn’t care about my music at that point because I didn’t care about much…once I started getting back into playing music, I took off again and  fell back in love with it after not being able to do it for a while,” he said.

Pelchar has been facing anxiety and panic attacks since high school. He found that playing his guitar helped him convey his emotions.

“The best thing to do is just play guitar because there [are] so many emotions you can express through that,” he said. When he’s angry, Pelchar said he plays loud music, turning his distortion pedal on. When he’s calm, he plays acoustic guitar.

Although Welkowitz could not offer a scientific explanation as to why some individuals match their moods to their music choices, he said that people often connect through matching components of a conversation.

“People start to match certain things like how loud they are and how long they pause and the pitch, the rhythm. All of these different aspects start to come together, and when they come together, people feel like they’re connecting,” Welkowitz said.

Pelchar recalled a specific time when music helped him to relax.

“…I had a severe anxiety attack on the way to visit my parents and I was just shell-shook the whole day while I was seeing them,” said Pelchar. “It kind of sucked, but when I got back, I just went on a walk for a couple hours, just listening to music to get off things and just to zone out and not think about anything.”

Welkowitz explained a possibility of music’s ability to relax people.

“[Music] sparks memories which sparks other thinking networks… it ignites all of these memories and what we call attentional networks. You start to attend to more positive life events so you’re not thinking about, ‘Life sucks,’ ‘The world is terrible,’ ‘My friends don’t like me.’ What gets ignited is a different set of memories and feelings.”

Pelchar also plays guitar and sings for Gray Haven, a local band composed of four KSC students, which he said is “probably the most fun thing [he] do[es] here.”

Pelchar said, “For some reason, the last two times I played in the Mabel Brown Room, I got  really–not necessarily nervous– but just kind of [a] queasy feeling before…it goes away right when we start playing.”

“It  really helped me get over my  trauma and, I don’t know, I think music can be really relaxing.  When I meditate, I use… this certain kind of music that the vibrations of it are suppose to  help you relax,” Bingham said.

“I think music can have a huge impact on  mental stability [and] relaxation,” she added.

Although he did not pursue that path, he volunteered at a hospital during his undergraduate years of college.

During that time, Chesebrough saw the effects of music on the patients there.

“In some cases, it made them very happy… If they got up and moved around to the music it was interesting because they had been really sedentary up until that point, so it caused them to be become that physically active. Many of the time, the people would smile when they were singing and then when they weren’t singing, there was no visible enjoyment.”

In the words of Chanda and Levitin, “…scientific inquiry into the neurochemical effects of music is still in its infancy.”

Even though there is a lack of evidence, some still believe music is beneficial.

“We don’t have any science to support the fact that taking a vacation is a good idea, but we know that it is, so I’d say of course music is good for us,” Welkowitz said. 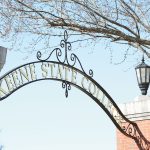 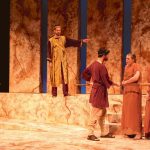 The effects of music on mental health