Once an Englishman himself, Anderson said the musical piece brought back memories of his mother. She once lived in the same city as Elgar and hearing a piece by the English composer at the Redfern Art Center of Keene State College was a tremendous gift for Anderson.

“The performance was wonderful,” Anderson said.

The performance was a tribute to World War I. Four pieces composed between the years of the war (1914-1918) were played by Louisa Stonehill on violin and her husband Nicholas Burns on piano. 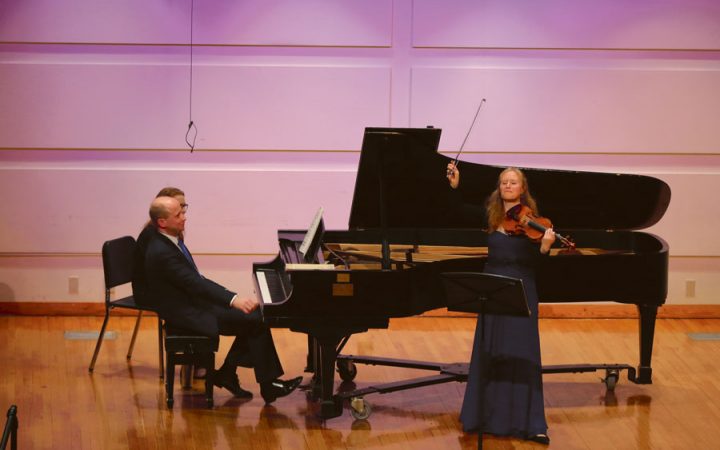 The couple, known professionally as Steinberg Duo, laughed when asked what is was like to perform together.

“Well we’re married, so I know him pretty well,” Stonehill said, “but it’s incredible to play with him. He’s just wonderful.”

Burns echoed his wife’s praise, but on her account. “She’s great. We work well together,” he said.

When asked what was their favorite moment of the performance, Burns couldn’t decide. “You try to embrace yourself in every piece you’re playing, so really they all sound great,” he said.

Stonehill said for her, playing this particular event set her back a bit emotionally at one point.

“I was just thinking of all the soldiers who went to war with their instruments. It made me think of our two year old and all these people who fought, many of whom were fathers themselves, or sons, or husbands.”

She continued to say that just during the war, music matters now. “Music speaks where there are no words left. It puts people back into their emotions, when everything else has been ripped away. Music gives one hope,” she said.

That feeling of hope was prevalent in the pieces performed. Burns opened the stage by welcoming the audience and shortly thereafter quoting French composer Claude Debussy.

Debussy had said of WWI that he “[could] …neither laugh nor weep while so many of our men heroically face death.”

He decided to support his troops with music “By creating to the best of my ability a little of that beauty which the enemy is attacking with such fury.”

Steinberg Duo played Debussy’s Violin Sonata (1917), where emotions ranged from sadness to magical wonder to even notes of mischief. Stonehill and Burns accompanied each other through the maze of emotion while notes tumbled onto one another in gratifying precision and sound.

As the finale came closer, the couple confidentially ended the piece, Stonehill’s bow held triumphantly in the air.

KSC junior Steven Lauture is a student of Stonehill’s. He volunteered to help out with the performance, ushering people in and out, and video-recording the show.

“I hear her in my lessons, but to hear her on stage, it’s so much more beautiful,” he said. “There’s a lot more feeling; she’s not just playing, she’s expressing music.” Lauture said his favorite piece was the last one by Edward Elgar. “There’s no comparison. It was just amazing,” he said.

Prior to the piece being performed, Burns joked with the audience that there was some flirting involved. He described the instruments as portraying when soldiers came home from the war to their beloved darlings. A playfulness between the instruments was noted.

“He knew when to back off and let the thematic material show through,” he said. As a piano player himself, Huggins knows the difficulty in playing with someone else. “You have to listen to each other and adjust to them. There’s a whole other personality you have to respect,” he said.

It appeared the crowd of roughly 40 respected the performance. The duo was met with a standing ovation and after the show, audience members shook their hands and some even exchanged hugs with the couple.

Marlborough resident Leif Moore said the piece was very moving. He said, “ I really enjoyed the playfulness between them; it was a great performance.”

Dorothy England can be contacted at dengand@kscequinox.com 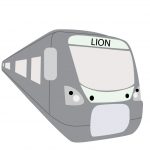 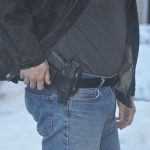