Norma McCorvey’s role in the fight for pro-choice

Roe v. Wade was just another court ruling for some, but for women in America, this ruling meant having power over our own bodies and the right to choose.

Abortion has been long-regarded by many groups of people as evil, bad and murderous, but is it fair to bring a child into this world that cannot be cared for, loved and brought up properly?

While McCorvey was seemingly a feminist, she had many flaws, and one was her struggle to pick a side.

She once was a woman who was a loud cry at pro-choice rallies and advocated for women’s health, but decided to turn her head from this group, become a born again Christian and head to the pro-life efforts.

With that being said, she absolutely was an important figure because of her court case, and without her, women wouldn’t have the right to choose what they want to do with their bodies when it comes to unwanted, unforeseen or accidental conception.

As a woman and a feminist, I appreciate the fact that she brought her issue to court and proved to women everywhere that we don’t have to be told how to treat our bodies or how to live our lives.

Since the inauguration, there has been much talk about different abortion rulings that could cause a slew of issues.

Most recently, there has been a proposal in Oklahoma that would allow men to have the final say in whether or not a woman could have an abortion.

This raises the question of why a man would be allowed to tell a woman that she has to go through a nine month pregnancy to give birth to a child she didn’t want or wasn’t expecting to have in the first place.

It’s crazy to think that someone else gets to decide what another person is allowed to do with his or her body.

According to CNN, a new law in Arkansas allows the potential father of the fetus to sue the doctor proctoring the abortion in order to not go through with it.

So not only is a woman being denied the right ot choose what she is doing with her body, but a professional is also being told that he or she is not able to do his or her job.

Roe v. Wade was meant to protect these fundamental human rights to allow a person to choose how her life will be lived, free from the constraints and restrictions from an unwanted situation.

This was incredibly important for women of all ages and was a huge win in the eyes of sexual health and advancement for females.

Without the advocacy for women, there may come a time when it won’t just be the lack of pregnancy rights; it will evolve into a much bigger and more oppressed reality.

Mary Curtin can be contacted at mcurtin@kscequinox.com 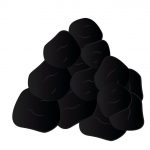 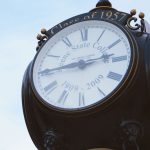 Norma McCorvey’s role in the fight for pro-choice