Baryshnikov has performed with numerous dance companies in the past, such as Lorraine Chapman the Company and Lostwax Multimedia Dance.

She currently works at Brown University, but has worked at Massachusetts Institute of Technology and Salve Regina University, among others, in the past.

Davidson, a graduate of L’Ecole Superieure de Ballet du Quebec in Montreal, currently works at the Boston Conservatory at Berklee.

Besides performing for many companies and festivals, Davidson has had her own works presented in places such as The fringe Festival of Independent Dance Artists (fFIDA) in Toronto, Brown University, and The Gibney Dance Center in New York City.

DDC will perform “an evening length program of mixed repertory,” at the Redfern, per DDC’s website. 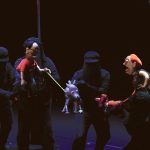 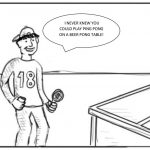