It’s a busy time of year at Keene State College and some students are finding they have less time to commit to extra curricular activities.

Student government is no exception to this. Class of 2017 Vice President and Chair of Election for Student Guild Dominique Vaillancourt said that there are vacant positions in student government because the previous people filling those positions had to make time for class or had to study abroad.

“The assembly is made up of all four representatives from each class and then the Vice Presidents. So [in] missing positions, that’s less people on the assembly boards,” said Vaillancourt. “It’s harder for them to make decisions and have more opinions.”

Coordinator of Fraternity and Sorority Life & Student Leadership and Advisor for the Student Government Brandon Mathieu said the positions have had vacancies since the beginning of the spring semester and that one student transferred out of Keene State mid-semester. Mathieu stated in an e-mail interview that it is important that these positions get filled.

“It’s important that all positions are full as Student Government is the student voice on campus. This group of students represents the student body both on and off campus and so having all positions full ensures that all student constituency groups on our campus are represented and have a voice.” said Mathieu.

Mathieu said that if the position does not get filled, the election’s cycle will be re-opened so that any student that is interested can submit a petition to fill that empty spot. This process will continue until that position will be filled.

Senior class treasurer Joey Hadges said that in the past there was a lack of volunteers for those positions and that sometimes there were not enough applications for the student government. Hadges said he felt these positions have some importance. “It’s very important, it lets the student body communicate with the administration and if you want to see change, [it’s the] best way to get it done.” said Hadges.

There is a way for students to learn more about the Student Government. Student assembly is held every Tuesday in the Mountain View Room at 6:30 p.m. “I think that everybody is a leader in their own way and whether or not you’re super vocal about it or you’re kind of shy, every opinion matters and every viewpoint is critical when we’re making decisions,” said Vaillancourt.

She continued, “If people are interested, I think that they should do it, it’s a great organization to be a part of. You get to be the voice for your class and help decide things and plan things and get the things that you want since you’re already paying money to go here you might as well take advantage of the opportunities that are here.” 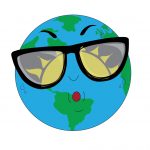 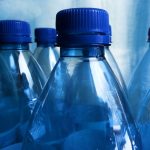