Keene State College journalism professor Rodger Martin started writing poetry when he was in middle school—it was a passion of his that has followed him throughout life.

Recently, Martin was notified that a monument was being created in honor of him and his poetry across the globe in China at the Shanghai University of International Business and Economics (SUIBE).

As a KSC alum of the class of 1977, Martin began working as an editor for the Worcester Review, where he did a considerable amount of work editing and translating Chinese poetry.

It was during this time that he met Zhang Ziqing, a professor of English at Nanjing’s Institute of Foreign Literature in China. 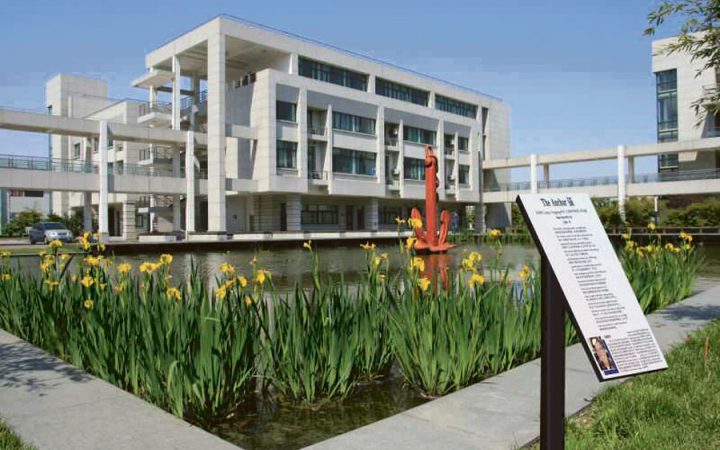 Martin (The Equinox’s co-advisor) explained that he had been working with Zhang, editing and translating poetry, since the 1980s. They met in person for the first time in 1990, when Zhang came to America.

“In the 1990s, my friend Professor Michael True, the founder of “The Worcester Review,” introduced me to [Martin] during my stay as a Fulbright scholar at Harvard University,” Zhang said. “At [Martin]’s invitation, I visited him and met a group of the local poets, now Monadnock Writers’ Group.”

Zhang would later introduce Martin to Dr. Wang Guanglin, dean of the school of languages at SUIBE. It was on campus at SUIBE that Martin was inspired to write his poem titled “The Anchor.”

Martin said that he first went to China in 1967 as an American soldier in the Vietnam War.

“[China] was everything I had imagined and heard about, and I always wanted to go back,” Martin said.

In 2012, after 30 years of editing and translating Chinese poetry, Martin was invited back to China—this time, as a poet.

“I was invited to come and present a poem as part of an international art festival near Shanghai,” Martin said. “It was a whirlwind visit. I arrived and left in just four days. It was a wonderful taste.”

Three years later in 2015, Martin was asked to come back to China for the summer and give a series of lectures at the Shanghai University of International Business and Economics (SUIBE). It was during this trip that Martin wrote his poem “The Anchor.”

“It was a reflecting poem written during my time at SUIBE,” Martin explained. “There’s a giant anchor about 40 miles inland in a reflecting pool on campus. I was curious as to why it was there, so I wrote a poem about it.”

After asking about the anchor, Martin discovered that the original campus was almost on the docks of Shanghai. When the campus moved, they brought the anchor with them to keep the memory of the campus’ original roots.

Martin showed his poem to Wang, and it was soon worked into the curriculum for SUIBE students.

“English is a required language,” Martin explained. “All the students are very curious about American poetry. They were practicing translation skills by translating “The Anchor” from English into Chinese.”

Two years later, just a few weeks ago, Martin received an e-mail that his poem was going to be carved in stone, right beside the reflecting pool where it was written in 2015.

“I always wanted something of mine carved in granite, but I thought I would have to pay somebody to put it on my tombstone,” Martin joked. “But I can cross that off my bucket list now.”

Martin said that while he knew students were working with his poem and translating it, he had no idea that a monument was being created until he received the e-mail.

“We first held a translation competition among our students, trying to let more students enjoy the poem, and the students are very enthusiastic,” Wang said of Martin’s poem. “The event is known in the campus, and I lobbied to the president and vice presidents to help design a memorable monument or something like that to be set up close to where [Martin] once stayed. We asked a designing company to design this for us, and they are improving, as I told them I want the best effect.”

“I love the permanence of the idea – that someone, somewhere saw my poetry and saw value in it,” Martin said.

Martin continued, “Poetry has a seat [in China] that it doesn’t have here. Maybe, someday it will… Their sense of timelessness and the value of their language is certainly recognized in how they approach things.”

“Rodger has made a great contribution to the Chinese and American cultural exchanges as a non-governmental ambassador of peace and literature,” Zhang said. “And as a leader, he has got the Monadnock New Pastoral Poetry entered into the poetry history. He deserves this honor in an everlasting way.”

Wang added, “[Martin] is an emotional person, very dedicated to his poetry and also has a great love for his students.”

This dedication was also noticed by Kathleen Fagley, an adjunct in the English Department at KSC, who has known Martin since 2000 when she joined a critique group he was leading in Dublin, New Hampshire.

Fagley said, “The number of poets fluctuated from four to 14 over the years. I was a member. We met once a month to critique each other’s poems. It was a welcoming, positive experience and my self-confidence as a poet grew under his leadership and direction.”

Of the meetings lead by Martin, Fagley added, “Throughout the years, and even today in these Sunday afternoon readings, [Martin] creates a comfortable and supportive space to not only emerging, but well-established poets [as well]. It is a place to try out your voice, meet new poets, buy poetry books and enjoy tea, coffee and dessert with like-minded lovers of poetry.”

Fagley added, “Rodger is enormously important throughout the state in promoting poetry and poets. I consider him a mentor. He set the example of how a poetry workshop can be successful and promote helpful conversation among the participants about the project of a poem.”

Fagley noted, “His poetry is often informed by historical events, his travel and life experience. It is noteworthy for the sensory images and precise diction.”

“His landscape and pastoral poems are excellent, not only because of his vivid description with a superb skill, but also his provoking philosophical thinking,” Zhang added. “He often brings you with a sense of deep peace and spiritual enlightenment in his poems.”

Wang said that Martin is an emotional person, and it is those emotions that add so much depth to his poetry. “[Martin is a] good poet, not so talkative it seems to me, but has all the emotions and poetic talent as revealed in his writing,” Wang said. “He likes to talk to the students and loves to make friends with the poets here and also has a great love for Chinese landscape and culture.”

“The Anchor” monument is expected to be complete at SUIBE by early July 2017.

Jill Giambruno can be contacted at jgiambruno@kscequinox.com 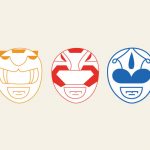 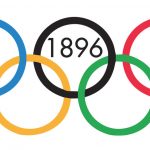