Jordan Peele’s “Get Out” is a wildly inventive, chilling and often quite hilarious satire on social injustice.

As with most serious relationships, it’s a tradition to feel a little anxious when meeting a significant other’s parents.

Although, Chris [Daniel Kaluuya] remains worrisome of the reaction he’ll receive to the news that their white daughter, Rose [Allison Williams], is currently dating an African-American man.

She tells him there’s absolutely nothing to worry about, but Chris remains vigilant. 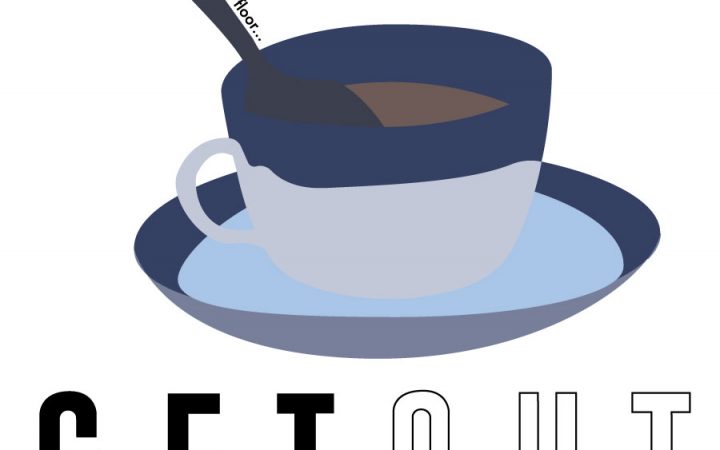 Soon, Chris rendezvous with Rose’s folks [Bradley Whitford and Catherine Keene], accepting their gracious hospitality, albeit with some hesitation.

Over the course of the weekend, things get progressively weirder and weirder, culminating in a shocking revelation that turns everything upside down.

“Get Out” is a prime example of why I take a day or two to gather my thoughts on a film before writing my review. Upon exiting the theater, I left feeling as if I got my money’s worth, a solid psychological thriller with a timely message about race.

A day later, the themes and concepts have dug deep into my subconscious and simply refuse to leave. Jordan Peele, you’re a freaking genius.

Unless you live under a rock, the contention of racism in the United States is more heated than ever these days. Gee, I wonder why?

“Get Out” can best be described as a daunting hybrid of “The Stepford Wives” and “Guess Who’s Coming to Dinner” with a comedy twist thrown in for good measure.

To elaborate any further seems almost unnecessary, as this film’s greatest weapon is unpredictability. However, I’ll do my damndest to remain as vague as humanly possible.

“It’s not what he said, it’s how he said it,” said the character of Chris, brilliantly played by “Black Mirror” alum Daniel Kaluuya.

As this line indicates, the overarching theme of “Get Out” is the rampant usage of casual racism, unveiling the hypocrisies of white America.

In many cases, the white characters mask their racism through needless pandering and nonsensical inquiries into the stereotypes often associated with African-Americans.

To view “Get Out” from a white perspective made all the difference.

I can’t relate to the protagonist because I have never and will never spend a day in his shoes. No one will inquire about my athletic ability or the size of my magic johnson based on the color of my skin.

Although, whether you’re black or white, what Peele so elegantly does is provide a familiar level of discomfort, allowing the off-kilter scenarios to speak for themselves.

He firmly recognizes that we’re conscious of the dangers of racism and preys on our keen sensibilities to fill in the blanks based on the outcomes of current events.

“Get Out” provides a level of unease that rarely lets up, moving at a slower pace than most mainstream horror releases. Peele teases you with the revelation, but isn’t so gung-ho about spilling all of his dirty little secrets right off the bat.

From “Rosemary’s Baby” to “Under the Skin,” Peele pays tribute to the horror classics of old and new that influenced his startling visuals.

The premise itself garners a few uncomfortable chuckles, but it’s Lil Rel Howery who steals the show as Chris’ superstitious best friend, Rod.

He often comes across as the hysterical voice of reason when things go south, embodying the audience surrogate found within nearly every horror crowd.

Never once does this character overstay his welcome, adding much needed levity to offset the sheer absurdity of it all.

For all intents and purposes, “Get Out” was born to play to a crowded theater on opening night.

An audience will initially have a blast with Peele’s well-earned frights and uncomfortable laughs, but the true omnipotence of the film lies in its subversive layerings and sinister implications that’ll drill directly into your subconscious the next time you happen upon someone of a different race. Peele makes his message very clear: for the love of god, just think before you speak. 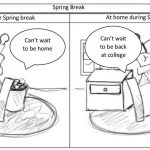 Griffin’s Comics Previous
In the booth and the band Next 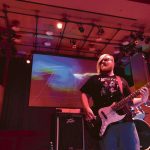