In the booth and the band

Derek Hall makes a difference for those he works with, whether it be with the music he plays, his radio shows or other shows he puts on.

Hall, a music production major, works as a DJ and production manager for WKNH. His show, “You Should Be Listening to This” often features local bands in the Keene and New England area.

“Being a DJ is hard and I think Derek does a good job of being calm on the mic,” Busby said.

Hall’s experience as a production major and as a member of the KSC tech crew has allowed him to set up equipment to have those local bands play live through the radio waves, adding another aspect to the show. 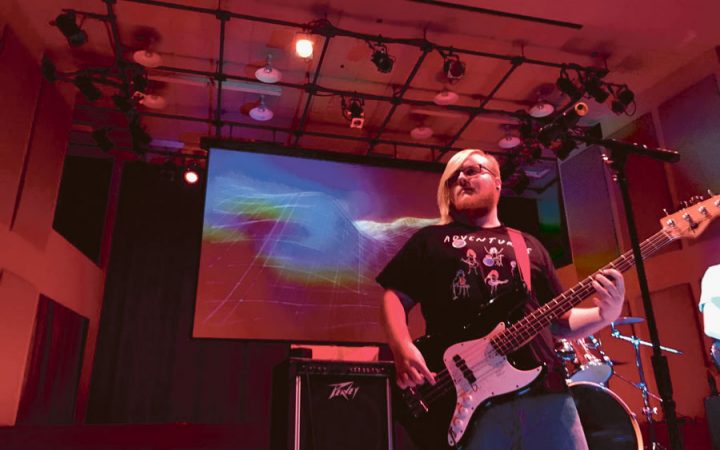 “Since [Hall is] a musician and since he’s a music [production] major, he really knows how to work with musicians and work with technology of that sort. So I think being a musician and working at WKNH kind of goes hand-in-hand,” Busby said.

“Things can go wrong all the time and they tend to,” Hall said.

As WKNH’s production manager, Hall is tasked with troubleshooting technical issues that arise at the station.

Busby told of how Hall drove from his home in Massachusetts to Keene over winter break to fix a problem at the station, all while talking him through troubleshooting techniques.

“He really comes in clutch very last minute with things like that,” Busby said.

Hall said he enjoys WKNH because he is able to contribute to something bigger than him.

“I think I like being a part of the bigger picture of everything,” he said.

Hall is a musician himself, playing both guitar and bass guitar.  He, along with a few other musicians on campus, make up the band The Beautiful Girls Club, a pop-funk group both Hall and his bandmate Cole Whitehead said has gained some popularity on campus.

“Everything kind of clicked with them pretty quickly,” Hall said.

Whitehead said the band is starting to come into its own.

“…We definitely hit our niche where we’re all on the same page and we’re all constantly improving and tightening up our music,” Whitehead said.

“I didn’t really make that connection until recently….It’s making a lot more sense to me now,” Hall said.

He said his passion for music production came while playing in high school bands. He said he hopes that The Beautiful Girls Club will be able to put out its first EP by the end of the semester.

Still, Hall said he isn’t expecting to make it big, but really enjoys when people enjoy the music he makes.

“I’m not trying to make this anything huge, but something like that means so much,” Hall said.

As for WKNH, Hall is unsure of what the future holds. Busby said that when the time comes to be replaced as General Manager (GM), Hall would be a good fit for the job.

“I don’t know if he’ll ever do it, but I think he’d make a pretty good GM.  He has the drive and the passion to inspire people to become DJs.”

Hall said he hopes to work as a live sound technician for venues after he graduates. He said his love for music in general is why he’s pursuing the path he’s on now. 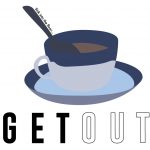 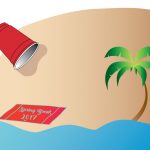