The world is full of different people with complex backgrounds. Each person has a life story to tell, and as interesting as everyone’s life may seem, only a small few get the spotlight in the media, some for the right reasons and others for the wrong reasons.

Decades ago, most people in the spotlight were there because they had an incredible talent, a unique background or had achieved an amazing feat. However, today with the internet and social media, anyone has the chance to put themselves out there for the entire world to see. Before the internet, the chances of becoming famous were minimal, but now that it exists, it is easier to put yourself out there.

TV shows can be streamed on the internet.Because of this, the audience size increased, therefore increasing a person’s fame. This is why some people become famous or viral for the wrong reasons, and I feel that it has become a major issue. But why focus your attention on a person falling over on YouTube or someone that jumped into a cactus on purpose, rather than a person who has made a huge difference?

Danielle Bregoli, the girl known for “Cash me Outside,” is a perfect example of a person who became famous for the wrong reasons. Bregoli, a 13-year-old with disciplinary issues, appeared on Dr. Phil in September of 2016. Her mother, Barbara Ann, said she no longer wanted to raise her out-of-control daughter. Bregoli has stolen her mother’s car, has gotten into physical fights and has stolen her mother’s money to buy a stripper pole for her room. Her iconic phrase, “Catch me outside, how about dat?” went viral with many people posting about it and laughing at her.

With the power of the internet, Bregoli quickly became popular on social media and even became a meme. She also capitalized off of it, charging people $40,000 for a meet and greet and having an estimated net worth of $200,000. Not only have people laughed at her, they also exploited her. Not only is it harmful for the viewers, but it is harmful to her. Why? Because by making her famous, we are encouraging her destructive behavior.

She wants to have that attention, whether it be good or bad. Her mother is no better than her and has let her post videos of her twerking and sexualizing herself. Her fame has, in a way, given her mother more power than she deserves. When your kid is out-of-control, the best way to go about it is to get help and make it a private matter with no cameras at all. Going into a program that Dr. Phil sent her to did not make a difference in her behavior months after. In fact, because she went viral, her behavior has gotten worse.

Videos of a violent altercation between Bregoli, her mother and passengers at an airplane went viral. She also came back to Dr. Phil with no difference in her behavior. All she needed was to be put in an effective therapy or disciplinary program and stay out of the spotlight. Nowadays, people would do anything to be in the spotlight, even if it’s for a bad reason. Because of people’s insatiable need to look at and laugh at people who are not as stable and together, we make people as rude and destructive as Bregoli, who now has power and money.

On the flipside, there is a 13-year-old who started college at the age of 12. According to an article on nbcnews.com, the child, Tanishq Abraham, got accepted into two colleges and is majoring in bio-engineering. At the age of four, Abraham joined the IQ society Mensa and by age 11, he received his high school diploma.

What I noticed is people paid more attention to Bregoli rather than him. While I can see why people talk and joke about her, given her over-the-top attitude, I think people should try and focus their attention on someone who is more stable and can do well when under the public eye. By sharing a post that features people like Bregoli, we are telling the world we are okay with her exploitation and are treating her like an adult, even when she doesn’t deserve that kind of treatment.

I think the best solution is to not give people like Bregoli attention and, instead, focus posting and sharing something that does deserve our attention. By doing that, we can focus on more important issues, and maybe, just maybe, we can teach people a lesson that behaving and acting badly doesn’t do anyone good. 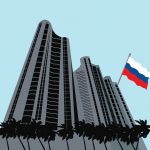 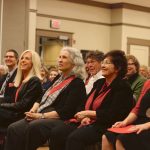