The event began with a series of pieces composed by Jose Lezcano on guitar, with Franziska Huhn accompanying him on the harp.

The next performance was a piano piece composed by Elaine Ginsberg,and tenor Matthew McGinnis sang the English-translated words to a poem by Pablo Neruda.

KSC music professor Christopher Swist then played his piece Intermezzo on Vibraphone, for the Redfern audience.

The next four performances consisted of works which made their world premiere on a live stage. KSC professor Ted Mann played two pieces using an electric guitar and machines that were meant for a short film which he was asked to score.

Craig Sylvern joined fellow KSC professor and pianist Vladimir Odinokikh, along with two KSC students to perform Sylvern’s new “Walking into Two Worlds” piece, which, according to Sylvern, is meant to represent stepping from one environment into another.

Swist returned to the stage to play his new Simplicity for Vibraphone piece.

KSC professor watched as her piece, “Scenes from Midtown,” was premiered by other musicians including Vladamir Odinokikh and two student musicians.

Swist said that he thought the event and the showcasing of his new piece went well.

Mann added that the yearly event gives faculty another chance to support one another while showcasing their work.

“I think it’s a great event here because a lot of the faculty are also composers… Everyone supports each other to do something creative like that,” Mann said.

Mann said that there are benefits to the faculty performers students as well.

“The one’s that come, they get to see their teachers perform. They get to see that we’re humans also and that sometimes we make mistakes and also hopefully they can look at it and see something to strive for,” Mann said.

Swist said that student-composers will have to put together performances much like the one that the faculty did, and in that way, seeing the concert may help them know what to expect.

“The process that we go through as faculty from writing a piece to getting it on the stage is the same thing the students go through so it’s important…” Swist said.

KSC senior and music performance major Carolyn Jean Cunningham was one of the students who performed pieces by Heather Gilligan and Craig Sylvern during the concert.

She said that having the opportunity to work with some of her professors for the event was helpful for her to grow as a musician.

“I know them first and foremost as my professors, but then to work with them in this collaborative project was a really great experience.”

Cunningham later continued, “I think they’re a great help because as a performance major, you want to get as much of a diverse background in music as you can so that going forward you have these experiences of working with different composers, different styles of music, different genres different techniques of playing your instrument that just kind of broaden your horizons and make you a more versatile player in the future.”

KSC music major and audience member Derek Hall also stated after the concert that he enjoyed the performance.

“It’s definitely a good reminder that your professors are writing music outside of the classroom versus doing lesson plans all day and whatnot. It’s cool to see the creativity that they have put to use and it’s fun to watch them perform,” Hall stated. 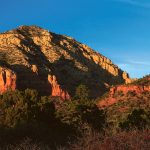 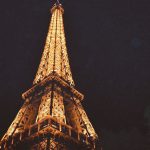