The concept of a liberal arts education at KSC

Keene State College is designated as the public liberal arts college of the University System of New Hampshire.

However, some of the most popular majors that the college offers do not fall under the traditional liberal arts category, such as professional studies majors like Education and Safety and Occupational Health Applied Sciences.

However, a large number of students who attend the college have not declared majors in these areas. According to the KSC 2016-2017 factbook, out of the 4,068 matriculated undergraduate students at the college in the fall of 2016, 1,696 have declared majors that fall under professional and graduate studies.  Furthermore, there are other majors KSC offers that are not considered to be a liberal arts major.

However, Associate Provost Dr. Glenn Geiser-Getz said Keene State is a liberal arts college in the sense that it offers a liberal arts education, even in its professional studies courses.

“I think we strive to be a liberal arts college in everything that we do,” Geiser-Getz said.

He said  the college tries to incorporate aspects focused on in traditional liberal arts courses into traditionally non-liberal arts, more technical areas that students might not get outside of general education courses. These skills include writing and communication skills, historical context, ethics and critical thinking.

“Hopefully woven throughout every course we teach at Keene State is this sense of a broader view of our education,” Geiser-Getz said. He said that these skills and other interests students pick up while attending college is intended to not just land them a job, but to enhance their lives outside of work as well through creating interest in other areas such as the arts.

Dean of Professional and Graduate Studies Dr. Karrie Kalich said this approach can be seen in nearly all of the courses offered by the school. “Those liberal arts learning outcomes are heavily embedded in really almost all courses that we deliver,” Kalich said.

KSC senior and safety studies major Mason Robbins said that during his time at the college, he has benefited from this type of education. “I’ve taken advantage of having I[ntegrative] S[tudies] P[rogram courses] being a requirement,” Robbins said.

Robbins added that he has taken a number of chemistry courses, as well as computer science courses which he has used as the webmaster for a region of the American Society of Safety Engineers. In addition, he said that other “soft skills” like communication and writing will be something he thinks will come in handy as he moves on from the school.

Robbins also said that he has been applying for graduate schools and, while researching, has noticed differences in teaching methods, specifically those that other schools were more focused on such as technical, hands-on work as opposed to case studies and reading.

Safety Studies Department Chair Dr. Larry McDonald oversees the most popular individual major with 373 students declared in the fall of 2016, according to the factbook. He said that although he does prefer the type of education that KSC provides, he thinks that the college’s label of being a liberal arts college is a mistake and does not represent all of the college’s opportunities.

“If you get into the true sense of the term of ‘liberal arts,’ we’re not just a liberal arts college, we have more to offer. I would prefer the label of ‘liberal education’ and I’m a fan of that. I like liberal education. I’m not a person that thinks that I don’t want our program to be a technical only program.

I want it to have a very broad range of educational opportunities within it and I think that makes us strong, but I think that Keene State College sometimes hides the fact that they’ve got other things to offer that don’t necessarily fit into that liberal arts label, ” McDonald said.

Dr. Kalich said that she also prefers the term of liberal education as a more accurate term that is more inclusive of professional studies to describe the college and if the label were to change, it should be a campus-wide discussion.

However, according to KSC’s website, the Association for American Colleges and Universities, an organization which helps to support and promote liberal arts schools around the country, has changed their wording from “liberal arts” to “liberal education” when describing colleges in an effort to help families know what to expect from the experience. 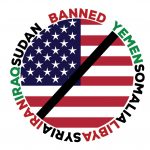 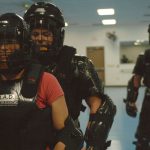