Every year, Spring Break brings different adventures to Keene State students. This year, Keene State College’s baseball team will be flying down to the Sunshine State, away from classes and the cold New England weather, to try and start their season off with a winning streak hotter than a heat wave.

According to senior pitcher Michael Crimi, the trip gives players an escape from the cold, as well as something to look forward to, but also added that it can sometimes be hard to carry over whatever success they may have had down South when they come back to Keene.

They go to eat, sleep and play baseball. 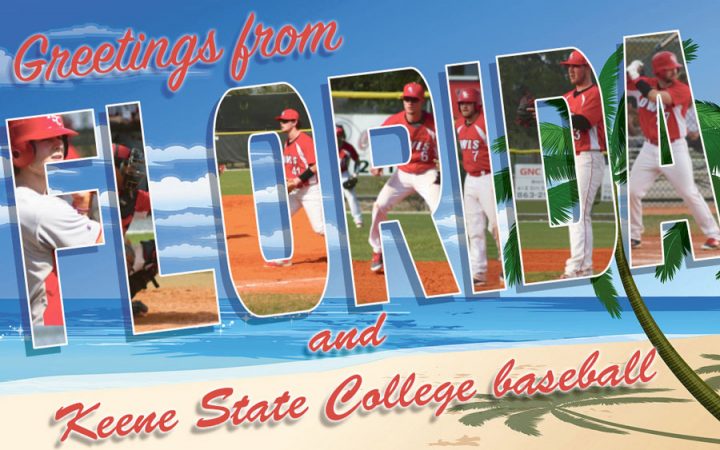 “Every year, everyone looks forward to going down to Florida where it’s nice weather and nice and warm, but it seems that it’s easy to go into a little hibernation mode when you get back up here and it’s hard to be as excited and as pumped up when you’re playing in the cold weather,” Crimi said.

Last season, the Owls came back from Florida and ended the season with a losing record of 17-21 with a 5-9 record in conference play. Weather, however, wasn’t the only factor according to baseball Head Coach Ken Howe, who said that the team was getting ready to transition to a roster without seniors such as Cody Dube and Joe Libby.

Now, with a group of returning players and new arrivals to the team, Howe said that players have been told what they need to do before the start of the season and practices, which began on Monday.

Howe said the trip to Florida and the beginning of the season in general allows the opportunity to make changes in the lineup, while promoting competition between players.

“Again, we want competition. We want two guys at a position that are good  that are fighting for playing time, and sometimes that plays out that way, especially in Florida until one guy tends to win out, or if it’s a between situation with a righty and a lefty, depending on who’s pitching and stuff like that.”

The first five games of the Owls’ season will take place in frigid temperatures. The opener is against Clark University before the team will be traveling to take on The College of New Jrsey and William Paterson University in two consecutive days of double headers.

Junior outfielder Devin Springfield said that playing those games before going down to Florida could keep them from going into a slump once they come back.

“I think everyone got a little better from last year too,” Springfield noted.

Once the team does go to Florida, Crimi said that the time spent with one another will help the team get a chance to build chemistry.

“It’s 40 guys in another part of the country together and all you have is each other, so you really bond as a team during that trip and I think it’s important to bond in the beginning of the year,” Crimi said.

Howe said the trip gives his players the chance have a week where they simply eat, drink, sleep and play spring ball.

Jacob Barrett can be contacted at Jbarrett@kscequinox.com 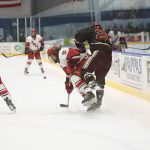