Senior forward Stephanie D’Annolfo made her third double-double of the season with 14 points and 11 rebounds. D’Annolfo’s performance sent the lady Owls past UMass Boston in a crucial Little East Conference (LEC) matchup. The Owls took home the win Saturday, Jan. 28, 66-55.

The Owls came out strong in the first quarter with a 9-4 lead, but the Beacons responded quickly. A three-point shot was made, and the game was within two points. The Owls earned their largest lead when D’Annolfo passed the ball to McPadden for a three to make the score 15-7 with just 2:08 left on the clock. The Beacons came close at the end of the quarter, but sophomore forward, Josie Amerson  made a basket in the final seconds of the first quarter leaving it 19-14, Keene State.

The Owls went on a 10-0 run with back-to-back three-point shots from Vital. The Owls now had a 15-point lead over the Beacons. The Beacons weren’t done there. They responded with five straight points. Purcell and Amerson sealed three final free throws to keep a 12-point advantage. At the end of the half, Keene State would remain on top 32-20.

Coming out of the third, the Beacons went on an 11-4 run to start it off. The Owls kept fighting for the double-digit lead they once had. Nine free throws were made in the final five minutes of the quarter for a tally of 45-34 . The Beacons ended the third quarter with two free throws, right before McPadden sank a three with just four seconds left on the clock to achieve their double digit lead,48-36.

With a 14-point lead, Purcell sank a three-pointer with 7:53 left on the clock. UMass exploded out with a 12-0 run within four minutes, making them within two of the Owls. Petrow halted the Beacons with a layup. The next four points were scored by the Owls for a 60-54 lead with 2:23 on the clock. Keene State sealed the deal by converting six free throws to UMass Boston’s one for a 66-55 win.

Down by eight points with only five minutes remaining, the Owls managed to pull off a win in overtime. The Owls took on UMass Dartmouth Saturday, Jan. 28 at the Clark Athletic Center.

Keene State did not start off strong; the score was 6-0 before a full minute had passed. The Beacons started the game with two three-point plays. The Beacons led through most of the first half with layups, giving UMass Boston a 16-12 advantage. Senior forward Jeffrey Lunn sank a set of free throws to bring the Owls within one, 19-18. Nichols stole the ball and broke away to dunk and tied the game at 22 with 6:39 left in the first half. Wright gave the Owls their first lead in the game. Junior forward Jimmy Layman made a shot, which ignited the Owls for a 6-0 run. The Beacons sank three and a layup, which gave them a 34-33 lead over the Owls at the half.

The Beacons opened up the second half with an 11-4 run; UMass Boston added another layup, giving them a 43-37 advantage. Edwards added a three, while Layman sank another basket and brought the Owls within three. Senior forward Matthew Ozzella chipped in two free throws to make it 58-56 with 9:17 left on the clock. UMass Boston scored six of the eight points to lead 66-58 with just five minutes left. Wright took control, scoring six straight points to get the Owls within three. The Beacons converted a three-point play, but then Wright tossed the ball to Ozzella for a basket, then had a three-point play of his own to cut the lead to just one (69-68) with just under two minutes left.

Both teams missed shots, but then Ozzella scored a twisting layup for the Owls first lead since the beginning. UMass Boston went 1-2 at the free throw line to force overtime.

For the first three minutes, the Owls held the Beacons without a field goal. Nichols scored a triple, making it 74-70, Keene State. The Beacons managed to make a jump shot, but it wasn’t enough. KSC went 4-for-6 at the foul line to seal with win.

Shelby Iava can be contacted at siava@kscequinox.com 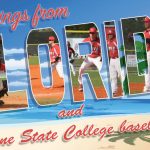 Shelby Iava graduated from Keene State College in 2017. She was formerly the sports editor for The Equinox. She graduated as a journalism major with a psychology minor. She is from Watertown, CT and has a cat named Sawyer.