The video “Why Not?” focuses on the reasons why college students choose to not drink and do drugs. Keene State Coordinator of Alcohol and Other Drug Prevention, Treatment and Education Services Michelle Morrow organized and produced the film with only two days left before her deadline. 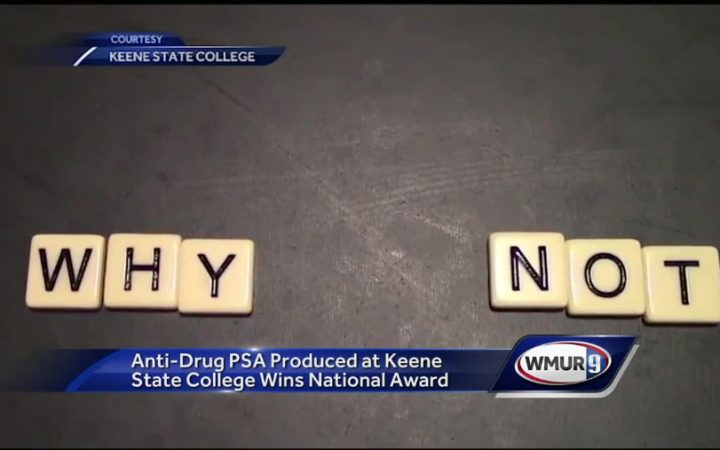 The film took an hour and a half to make. Morrow said it was her first film she ever made. Morrow said her goal for the film was to show a different perspective than a typical social norm campaign.

“Social norm campaigns have been around for a number of years and had some success, but I have always felt like it’s sort of missing the bigger picture,” said Morrow. “Most students are either not drinking or if they do drink, most of the time they’re drinking responsibly. So to me, it really came down to the, ‘Why are people making those decisions? What’s the priority for students?’”

KSC sophomore and substance abuse minor Dante Diffendale said he had a personal connection with the topic. “I’m actually in recovery from different substances, so it’s kind of a part of my life,” said Diffendale.  Diffendale said that he already knew the people in the film and said they knew a little about his story, which made it easier for him to be a part of it.

“When I did it, my intention wasn’t to win. My intention was just to be part of it, have a good time and really show that there are different reasons why college students don’t drink and don’t party. There was no bigger picture in my mind,” said Diffendale. Diffendale said he didn’t expect the video to win and was surprised when he saw Morrow’s Facebook post announcing it.

Morrow said she was also surprised that the video won. “Honestly, sending it in, I didn’t expect to win the contest. I had no idea what to expect, but that was really really exciting when we found that out,” said Morrow.

KSC junior Sarah McVey, who viewed the film, said that while there might a few things to add to the video, she felt that it was worthy of the award. “I think it is worthy of the award simply because it really shows that we’re trying and that we aren’t just sitting here and not looking into the drug and alcohol problem that people our age have. It shows that we’re actually making a positive difference,” she said.

Morrow said she is planning on making another “Why Not?” film to expand on her message. She said that there will be a tabling session at the Young Student Center that will give students the opportunity to participate in her next film and share their “why nots.” 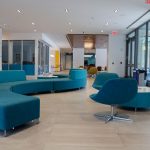 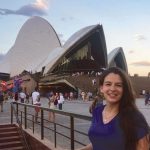