Protestors target TD Bank for investing in the pipeline

Since April of 2016, people started protesting the Dakota Access Pipeline.

This pipeline passes under the Missouri River, which is on the eastern border of two Native American reservations. Seven months later, people continued to show their resistance to the pipeline by organizing a protest at TD Bank North, in downtown Keene. 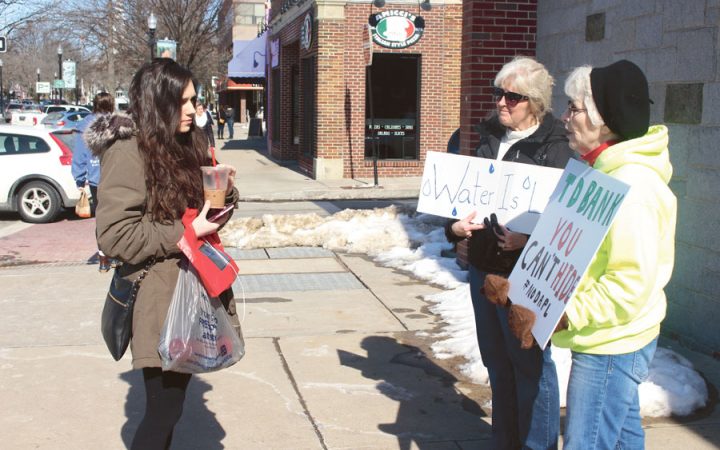 Martin, who has been involved in energy issues since the 1970s, said she has been protesting at the bank on Saturdays since the beginning of December to support Standing Rock in their fight against the Dakota Access Pipeline.

Martin said that the protests have gotten a lot of positive responses and that 65 million dollars have been moved from the banks that are invested in the Dakota Access Pipeline.

“People have been joining us in greater numbers every week and we’re just hoping that people will take it seriously,” said Martin. “I know that it’s a lot of trouble to move your account from one bank to another. I realize it’s not an easy thing to do, but it is so effective.”

Keene resident Diana Damato, who held a “Water is Life” sign, said she decided to get involved after seeing a live video feed of police using dogs to attack peaceful protestors at Standing Rock. 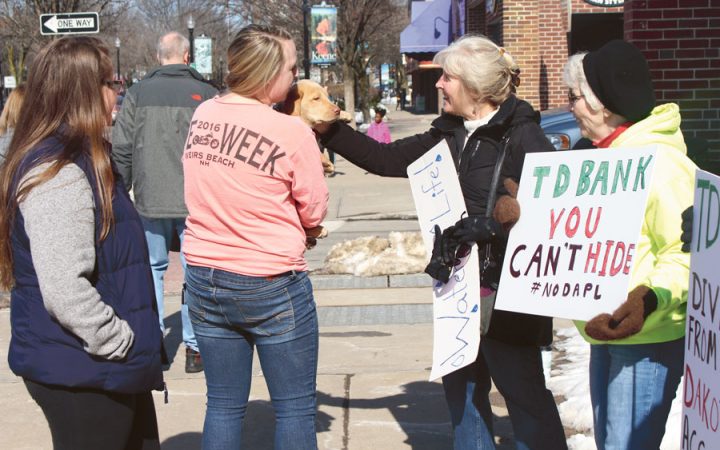 “I was just horrified that that kind of thing was going on and then I began to follow it and learned more and more that the government out there was not only allowing, but encouraging this kind of hostility and torture, really, of peaceful protestors,” said Damato. “This land is rightfully the Native American’s by treaty rights, but as always, the treaties have been broken and they can’t even rely on the court systems because those are crooked too.”

Participant David Blair, who held a sign that read “Divest Now From Genocide #NODAPL,” said that pipelines are not a good investment to anyone because of the negative environmental effects that they have.

“We need to turn our energy needs away from oil if we’re to prevent climate disaster. Some oil needs to be left in the ground now and the kind of oil that’s being pumped through the existing pipeline is fracked oil, much of which is particularly damaging to the areas where it’s mined and to the water supply,” said Blair. “So all of those things are reasons why in general pipelines are not a good investment anymore.”

Blair also shared his thoughts on the civil rights issues that the protesting Native Americans have faced.

“I have long seen how this country has violated our treaties with Native Americans and that’s an issue of justice and civil rights. Then I saw how the militarized police were attacking people,” continued Blair. “As far as I know, the demonstrators, the water protectors…were peaceful and non-violent, but violence was used against them. That’s also wrong.” 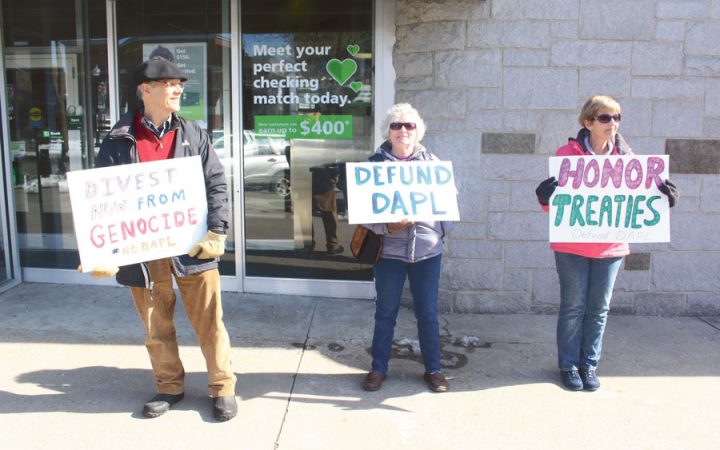 Keene State junior Hannah Rettig, who is a part of Campus Ecology, said that although she isn’t planning on getting involved, she agrees with the protests.

“I think making bigger industries, bigger companies that are putting their money towards it and saying, ‘Look that’s not something that I think you should be doing,’ I think that’s a good vote,” said Rettig.

“Even in Keene, we’re so far away in essence from…North Dakota. I think we can still make a difference [and] we can still have an opinion about it.”

Martin says she hopes more Keene State students will join her and the other protestors. “We want to get our word out to them that they would be very welcome to join us. We would love to have their support because this really can’t be Standing Rock, [but] this can be the next best thing,” said Martin.

Students have gotten involved in the past with protests regarding Standing Rock. Some students even went to the reservation over college break to show solidarity. 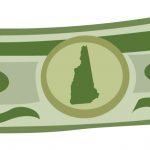 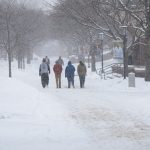