Peer pressure in a college setting is an issue that almost every student can relate to. For many college students, the feeling of being accepted can make or break their experience at school.

According to the National Institute on Alcohol Abuse and Alcoholism, “Drinking at college has become a ritual that students often see as an integral part of their higher education experience.”

According to Josephine M. Palmeri, a former New York University student in the Department of Applied Psychology, “Peers act as an influential model by introducing, providing, or pressuring risky activities to other peers. By modeling these behaviors to their peers, college students are viewing alcohol use as a positive and socially acceptable experience.” 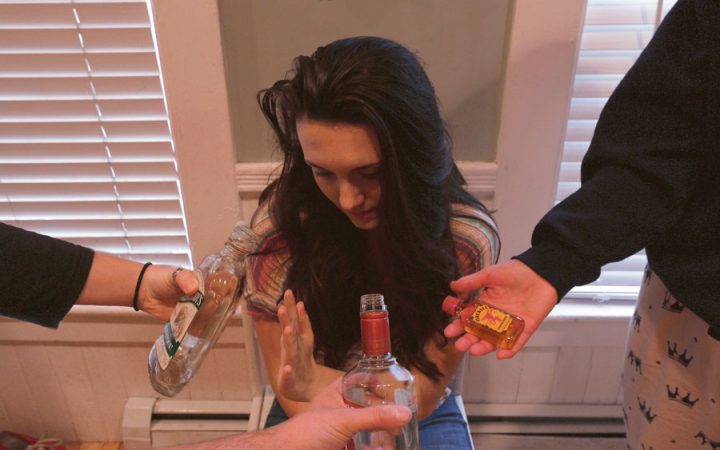 College is “not like the movies,” said junior Dominique Pascoal, which is something she first discovered when she came to Keene State College. Pascoal described herself as a “social butterfly, extremely extroverted,” and “gregarious” in social situations. Pascoal said that she is aware of the pressure others feel when it comes to participating in drinking at school and said that everyone has either “thought about it or…has experienced it before.”

Since high school, Pascoal said she has discovered who her true friends are and has made new connections since her first year at Keene. During her free time, Pascoal said that she does like to go out, but also “made friends…got involved…and realized that there is so much more to college than just drinking.”

Another KSC junior Matt Dragon said that he has always enjoyed going out when he has the chance to. He described himself as “a little awkward, but trying to be more outgoing.” He said he enjoys the company of his friends and those who make him feel the most comfortable. Dragon said that he knows he has a solid support system here at school that will respect his decisions and encourage him to make choices that will benefit him in the long run.

Matt Luttrell, another junior at Keene State, said he would not describe himself as an over-the-top person, but he mentioned that he has become “way more open” to new experiences since coming to Keene State. Luttrell said he has felt pressured to drink from his peers, but he did not feel any sort of discomfort because of it.

Luttrell said that he feels he is most out of place when everyone else in the room except for him is drunk. “It doesn’t feel good, ” he said. He finished by saying that he knows he has good friends here and that his parents will always be there for him when he needs them.

All three of the students said that they know the importance of having a good group of friends they can fall back on.

Keene State College offers support to those who feel that they need someone to talk to other than friends and family through the Counseling Center.

The staff at the Counseling Center is “committed to supporting the emotional, personal, social and developmental needs of…students while enrolled at KSC.” For those who are interested in this service, more information about the Counseling Center can be found on their page on the official Keene State College website.

A student’s guide to filing taxes and potentially getting... Previous
Feeling the pressure from family to do well in school Next 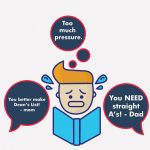