An immigration ban won’t fix the issues at hand

The fear of terrorism has gripped America since the attacks on Sept. 11, 2001. In the wake of 9/11, the U.S. sent out soldiers to Iraq to shut down Al-Qaeda training camp Salman Pak, as well as eliminate the terrorists and other security threats in America. Sixteen years later, when ISIS started making threats towards the U.S. and claimed to be responsible for terror attacks around the world, that fear of terrorism stayed. Donald Trump is now amplifying that fear by calling a ban on refugees coming from predominantly Muslim countries Iraq, Iran, Libya, Somalia, Sudan, Syria and Yemen. He stated by letting in refugees from Muslim countries, potential terrorists would be let in. His stance and ban is not only untrue, but harmful

Putting focus on blocking Muslim countries detracts and distracts from the real issue. There are many ways one can effectively prevent a terror attack, and blocking someone from starting a new life in a safe country is not one of them. If there is a terrorist organization threatening to come to America, get a group of people to investigate the people making threats and tighten security. Do a background check for anyone wanting to become a U.S. citizen.

The process of becoming a refugee is a thorough and long process. According to an article by Newsweek, the first step to being accepted as a refugee in the U.S. is to register with the U.N. refugee agency or the UNHCR. The types of people they seek to settle in the U.S. are generally the most vulnerable people such as people with injuries, medical conditions, trauma or those from female-headed households. Then, an assessment is performed to make sure they are actual refugees and collects their biometric data, which includes iris scans from Middle-Eastern countries such as Syria, as well as their biographical information. Because of this long process, very few refugees get let into the U.S. Since the Syrian Civil War in 2011, out of the 23,000 Syrian refugees that the U.N referred to the U.S., only 2,281 have been admitted.

As one can imagine, because the process of becoming a refugee is strict and mainly focuses on the vulnerable, the chances of refugees committing terror attacks on U.S. soil is very slim. According to the Cato Institute, between 1975 and 2015, zero Americans were killed by foreigners from those seven countries. The chance of an American dying from a terrorist attack carried out by a refugee is one in 3.6 billion.

If the main reason these refugees are being banned from America is because the countries they come from are predominantly Muslim, then we are doomed to repeat history. According to the Smithsonian, during the Holocaust, President Franklin D. Roosevelt expressed his concern in letting in Jewish refugees. Like Trump, Roosevelt compared letting in refugees to letting in the “trojan horse.” Immigrants and refugees built the foundation of America. Why ban refugees from Muslim countries in fear of a terrorist attack when they have a potential to make America stronger? 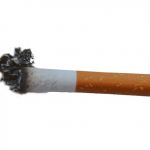 NH may allow business owners the option to permit smoking... Previous
Questions continue to stack over Trump’s plan for the... Next 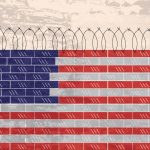 An immigration ban won’t fix the issues at hand