A diamond and a cross

A new addition to the Keene State baseball team left his old college in sunny California with a mission.

KSC junior Zach Wullbrandt came to spread the gospel. After two years in California, Zach said he felt he needed to make a change for the sake of fulfilling his mission as a Christian.

Raised in a Christian household, Zach grew up playing sports in Keene, New Hampshire, before attending The Masters University in California, a Christian college where he played baseball year-round while majoring in biology. He played both in the outfield and as a pitcher. However, Zach said he wanted to take what he learned about Christianity and share it with others. 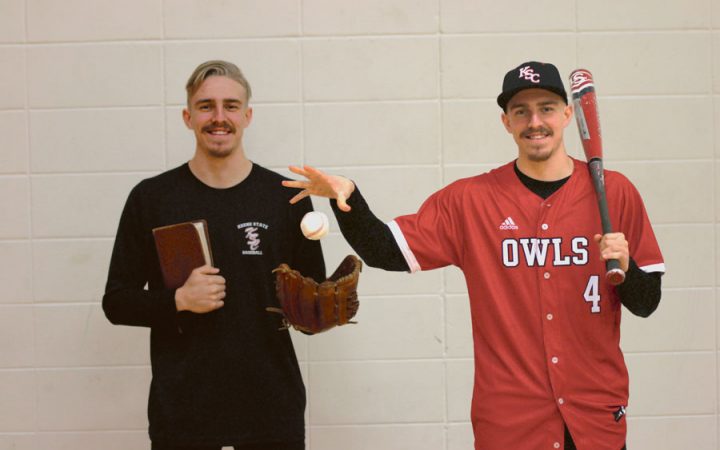 “…I’d spent my whole life surrounding myself with like-minded people. I think that’s not always the best thing to do… if I were to take that and keep it for myself, that would be selfish,” Zach said.

Of course, Zach said he also came to play and experience the New England seasons, but that those are not his first priorities. Zach said that he has since reunited with his home church in Keene, where his brother, Sam, serves as the pastoral assistant.

Sam said he and his brother have been using their love for the sport to help spread the message they believe in.

Zach said he also holds Bible studies out of his off-campus apartment and invites members of the community to join. Furthermore, Zach said that while his faith is what is most important to him, he still holds a deep commitment to baseball and that he works hard.

“I can enjoy it as a blessing and a gift from him and have the opportunity to play the sport that I love. So I seek to honor Him in that. I seek to be a light to my teammates, a light to those watching in the way that I act so that they would see how Christ has transformed my life and then want that same thing for them,” Zach said.

Baseball Head CoachKen Howe said that he tries to instill in his players that family comes first, followed by education and baseball third, an order that he sees Zach following. Nonetheless, he sees Zach as a leader on the team.  “I don’t think there’s any doubt that that’s the way Zach feels. He’s a good leader, he’s quiet, he knows the game and he does things the right way which is nice to see. It makes my job that much easier.” Zach said that he has had conversations with his teammates about his beliefs. KSC pitcher Connor Johnson said that his devotion to his faith and baseball says a lot about him.

“He’s so passionate about everything he does and that’s so admirable. It shows a lot about him.  He’s passionate and he genuinely cares about his teammates and everybody else,” Johnson said. According to Sam, Zach strives to show that to everyone and in turn, he’s able to build friendships.

“Zach can’t spend any time in a community without making a lot of friends and without having a lot of people that really trust him.  Even if they are slow to necessarily admit that or to call on him for help, I think he’s one of those guys that when the time comes and all else fails for someone, he’ll be the one that they’ll reach out to,” Sam said. Zach also made an impression on Johnson at the plate. Although Zach acted mostly as a relief pitcher in California, he has been spending more and more time working on his hitting and fielding skills.  According to Johnson, Zach has the power to go far.

“I didn’t realize how strong he was until he hit a home run in batting practice and I was like ‘wow,’” Johnson said. Zach said that the team he has joined has a lot of talent. He added that he wants to be someone the team starts during the season.  “I want to be an example of someone who can be mentally tough, who can deal with failure and move on, who can handle pressure and still have that competitive edge,” Zach said. 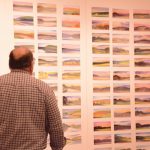 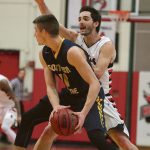