Monadnock Hall will not be closing at the end of the fall 2016 semester.
Despite reports from current residents that the building was going to close and students would be placed in other residence halls around campus, that is no longer the case.
As the rumor of the closing spread, students were making an effort to keep the hall open. Upon hearing the news from other residents of the hall, first-year KSC student and Monadnock Hall resident Hayden Sullivan said he wrote a petition trying to gain the support of his fellow students to try to keep the hall open until the end of the year.
“…We were already halfway through [our first] year and it would just be unfair to us to try and go start over somewhere else when we already connected there so well,” Sullivan said.
Multiple Resident Assistants declined to comment for this story. 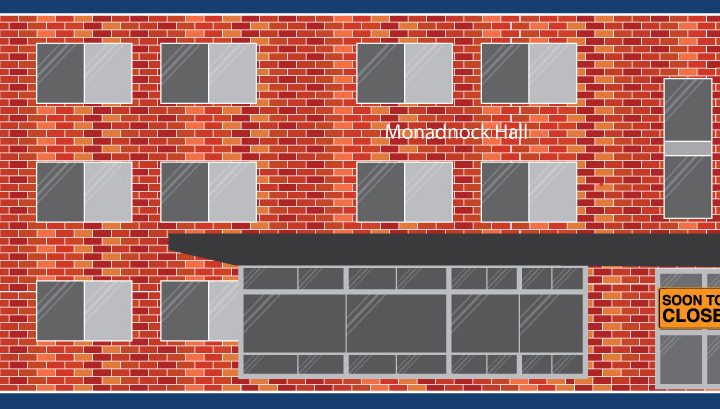 It is unclear whether these reports were the result of a miscommunication between Residential Life Administration and the Monadnock Hall staff, or if rumors originally were true. When asked for a comment from Residential Life on the matter, The Equinox was directed to KSC’s Marketing and Communications department. After inquiring about the potential closing, KSC Director of Strategic Communications and Community Relations Kelly Ricaurte responded with the following statement:
“Monadnock Hall is one of our oldest residential spaces, and with that comes the challenge of maintaining the space. In addition, its design does not promote community building and collaboration, which are essential components of our residential life program. For these reasons, plans to no longer use Monadnock Hall as a college residential space are under consideration, particularly when we have more suitable space available on campus, including the Living [and] Learning Commons. You may have heard recently that Monadnock Hall will close this year, however, Monadnock Hall will remain open for the rest of this 2016-17 year.”
When asked why residential life administration decided to change their mind and keep the hall open, Ricaurte stated,
“A decision was still being made, and the final one is to keep the hall open through the academic year.”
Updates will be provided as they become available.