Students enter to learn and go forth to serve, but many leave Keene State with more than $30,000 in loans; the same goes for the rest of New Hampshire’s students.

A report published by the Institute for College Access and Success shows that New Hampshire students finishing with a bachelor’s degree are, on average, coming out of school with more student debt than students from any other state in the country in regard to public and nonprofit institutions. According to the report, which included data provided by over 1,000 public and nonprofit schools, students who go to school in the Granite State finish with over $36,000 in student debt.

This is in comparison to students who end up on the low-end of the debt scale, like Utah, where students pay an estimated nationwide low of $18,873 on average according to the report. Students preparing to graduate are feeling the pressures from the debt they have accumulated, typically over the last three-and-a-half years to fund their education.

The report also shows that an estimated 76 percent of students who graduated from New Hampshire schools in 2015 left with some sort of debt.

Once leaving the college, undergraduates feel the effects of having debt looming over their heads. December 2013 graduate Ben Mailloux said that after graduating, even with a few scholarships and paying some out of pocket for his schooling, he still racked up a $31,000 tab off two loans, despite graduating a semester early.

Mailloux, who is now living in Chicago, is paying $249 dollars a month, plus the cost of living in his area. Now nearly three years after graduating, he stated that he has paid off the small $1,800 loan, but still owes over $23,000 on his larger federal student loan, plus interest. 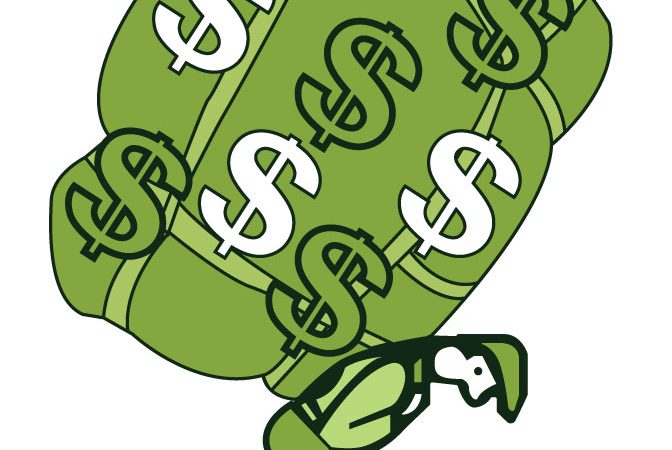 “It’s just another bill, but knowing there’s this debt that’s always kind of hanging over your head is unnerving,” Mailloux stated.

Current KSC senior Kathleen Dougherty said she worries that the debt looming over her head may force her to take a job which doesn’t necessarily equate to what she wanted to do just to pay off her loans.

“I’m mainly worried about being able to pay off student loans while doing something I love…I can’t sacrifice the hard work I’ve done here and everything I’ve learned to be in a  job to pay off debt.  I need to use my education to help people and I can’t do that when I’m in a ton of debt,” Dougherty said.

Per a report by the Center on Budget and Policy Priorities, New Hampshire saw a $1,386 cut in funding per student, a 30 percent drop-off from 2008 to 2015. In addition, tuition costs for New Hampshire public colleges and universities went up just over $4,000 in that span according to the the same report.

According to Keene State’s common data set, KSC students who graduated in 2015 left the college with an above average level of debt, at just under $39,000.

The reason being, in part, according to KSC’s Associate Vice President for Enrollment Management Steven Goetsch, is that New Hampshire does not fund education as much as other states do.

“New Hampshire is one of the lowest states when it comes to state funding for public higher education.  So we’re always advocating with the state senators and up in Concord to get money for the institution,” Goetsch said.

In the KSC common data set from 2015-2016 fiscal year, KSC awarded over $13.2 million in institutional scholarships, annual gifts and grants during the 2014-2015 academic year.

According to Goetsch, students who earn scholarships from the school receive a 32 percent discount on tuition due to those scholarships on average.

However, despite a three-year freeze in tuition from the 2013-2015 fiscal years, tuition alone has jumped more than $3,000 since 2011, further putting strain on students. This is both for in-state and out-of-state students.

It should be noted that the costs of mandatory fees, books and room and board have also increased, but have been excluded due to varying options and choices in housing costs and meal plans.

Furthermore, Goetsch said the high averages of debt totals at KSC can also be attributed to the high number of out-of-state students who attend KSC. The common data set for the 2015 fiscal year shows that there are more than 300 out-of-state undergraduate students than in-state students, which would drive up the average debt accumulated over the time when they first came to KSC to when they graduated.

In total, the KSC Factbook for 2015-2016 shows that KSC undergraduate students racked up over $48.8 million in total student loan debt, which includes federal, institutional and private loans in the 2015 fiscal year.

The Institute for College Access and Success’s report made a few suggestions on how to improve the debt statistics both on the state and the federal level.

These suggestions include the following: reducing the need to borrow by encouraging state investment in higher-education doubling funding for federal Pell grants (the maximum as of now according to the federal student aid website, is $5,815), increasing state investments in education and improving data and college transparency by providing clearer data for incoming students to make better financial decisions.

In addition, the organization suggested making making loan payments more manageable by capping payments at 10 percent of a student’s income, along with others. While Dougherty said she can understand why college does cost a decent amount of money, she suggested that individuals and governments should invest in education earlier in a student’s life, perhaps starting at elementary and middle school.

She added she would also like to see even more funding for things like scholarships and grants to help decrease the need for loans.  However, she said she doesn’t think much will change for the students who attend KSC or other New Hampshire colleges now.  She said that the focus should be on future generations and accommodating for a higher cost of living.  “I don’t see a fix for us at all…It’s more of what can we do to make sure that a couple of generations down, like our kids, our grandkids aren’t in the situation they’re going to be [in],” Dougherty said.

Those who wish to apply for Federal student loans for the 2017-18 school year can do so now.  The deadline for the FAFA, according to their website, is June 30. To view the full report published by the Institute for College Access and Success, go to www.ticas.org

Note: The data presented in the KSC common data set, as well as the report from The Institute for College Access and Success excludes statistics regarding:

Students who transferred into their respective colleges, borrowed money from other institutions, parent loans and students who did not graduate or students who graduated but with no bachelor’s degree

Other story in this featured series: 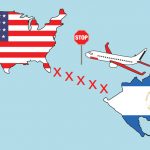 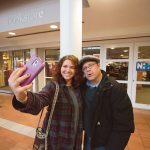