Huot spent her time with the senate clarifying some points, which she said have been topics of discussion among faculty and staff. Huot spoke about the $5 million that KSC received from the University System of New Hampshire.

She assured the senate that the money was being used not for the committee for vision and structure, but to help ease the transition while Keene State tries to restructure over the coming years. 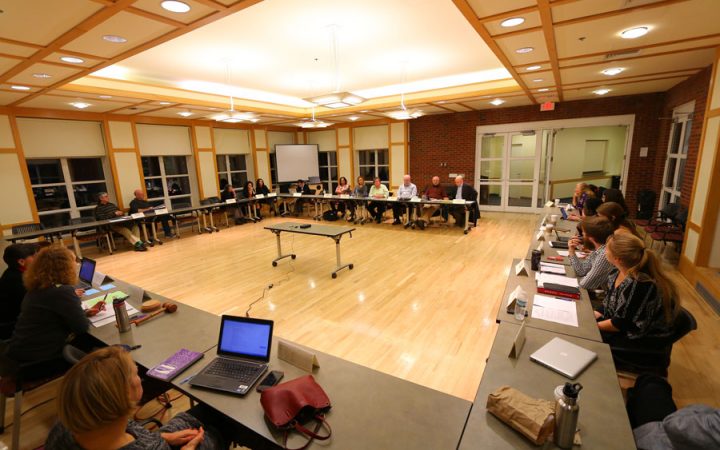 That restructuring process, according to Huot, will take time and will consist of working with a smaller student population of around 4,200 students, while taking in about 1,040 students with each new class.

The need for restructuring comes from a number of factors, starting with the Pumpkinfest riots in 2014, a low retention rate of 71 percent that year and over-budgeting for a projected revenue based off the number of students expected to attend the college after a low incoming class in 2015.

As a result, all areas of the college, including the administration, have had to adjust their spending habits while not taking away from the students, which according to Huot is why she asked for time with the board.

“We have to reduce our costs and we have to be strategic about how we reduce them, so that the very thing that will keep us competitive and build on our strengths is the experience of students,” Huot said.

With a deficit around $7 million, Huot said that recovery from the financial strain will take time to remedy.

In the end, she said the college will come out on the other end in good shape. In the meantime, Huot encouraged the senate to work together and have an open discussion.

“…We need to have some open exchange about where we are, where we are going, how we’re going to get there and acknowledge that this is hard,” Huot said.

In other matters of the senate, they discussed the geology program’s new status of being put on hold, which means no incoming students will be able to declare geology as their major.

However, those currently enrolled in the geology program will be able to complete their degree. In addition, changes to GPA and prerequisite requirements for the elementary education, secondary education and early childhood education classes were proposed and passed.

The courses will require a 2.75 GPA as opposed to a previous 2.5 GPA to fall into the same category as other education course requirements.

The courses with prerequisite changes are in EDUC 205 and EDSP 202 classes.  Changes to the health science  major and addictions minor will also be made and will come into effect next fall.  More information on these changes will be reported when it becomes availabe.  With no new business, the senate adjourned their meeting. The next meeting is set for Dec. 7 at 4 p.m. in the Mountain View Room. 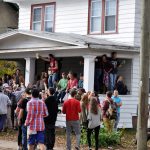