Keene State divers have a set of new coaches calling them out on their form as they make their descent from the board into the water.

The Owls swimming and diving teams added coaches Patrick Pyrch and Cece Arrison to their staff. The additions come after the departure of former KSC Dive Coach Dave Mason, who had gone unreplaced up until the beginning of the swim season earlier in the semester.

Pyrch, who himself is a former seven-time all-American and one-time national champion on the three-meter dive while competing for Washington-Jefferson in PA, said he is ready to get back coaching after a reprieve for a number of years. Before coming to KSC, Pyrch spent time coaching at Weslyan before leaving in 2005.

Arrison is a 2016 alumna of Smith College, where she dove for the Pioneers and named a four-time all-American and an NCAA qualifier her senior year. Arrison said she became a diver when she arrived at Smith and had been a gymnast before making the conversion.

With this being Arrison’s first time coaching diving, she said that she was excited to learn from the experienced Pyrch and to work with the Owl divers.

“I just hope to learn a lot from Pat about the sport beyond what I already know,” Arrison said.

Arrison sees her close age to the divers as a way to better connect with them while on the pool deck.   “I’m younger and just out of college. I have more of a fresh look on what they’re going through,” Arrison said.

Swimming and diving Head Coach Chris Woolridge, who had been coaching the divers prior to the arrival of Pyrch and Arrison, said that the two new Owl staff members will help the student-athletes push themselves beyond what they had been doing in the past.

The team’s hard work since the beginning of the season and their willingness to work with the newcomers has not gone unnoticed.

“They have a lot of potential. They’re coming into the season with open minds about two new coaches and they’re working really hard for us,” Arrison said.

Sophomore diver Jake Driscoll is already seeing improvements on his technique, which he attributes to the coaches and the time they’ve spent around the sport.

Along with the experience comes a new way of looking at diving and training.

“The nice thing with new coaches is that you kind of bring a new approach to everything and it challenges our divers to be uncomfortable and get used to somebody new, but I think they’re making good progress,” Woolridge said.

From Pyrch’s perspective, the divers have adjusted well and have transitioned back into the season faster than he had expected with new coaches.

He said that he suspects the team will continue its progress and be more of a factor in meets as the season goes on.

“We’re doing more than what I thought we would be doing right now, but that’s only a good sign. I think we’re going to be way more competitive.

I think we’re going to be farther along by the end of the year than last year,” Pyrch said.

Woolridge said that the implementation of these coaches will give the diving team a step up.

“I’m really excited. I think we lucked out to get both of these coaches, and I’m looking forward to our diving program coming up and into line with what we’ve been able to do on the swimming side,” Woolridge said.

The divers’ next test will be at a meet at Boston College on Oct. 15. 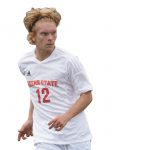