At the student government meeting on Tuesday, October 25, the board was visited by Keene State College’s President Anne Huot to discuss the board’s Strategic Plan Priorities, to which she said progress is being made. She took time to answer questions provided by the board, and went over topics such as communication, the community and the budget.

“I’m on your side,” Huot said,  and encouraged the board to keep in touch with the financial offices and herself to further communication and budget balancing for next year.

KSC student Susie Udall brought up the concern on how students and administration could better communicate in the future and the idea of holding an open forum in which students could ask the president and vice president questions and hold open discussion, and that was met with a positive reaction from Huot.

Creating new traditions was also a topic much discussed between the board and Huot urged the board to begin new traditions that are not associated with alcohol and other substances, as those and “out-of-control behavior” have led to the end of some popular traditions in years past. While Midnight Madness seems to be making a comeback in “Hooties Nocturnal Knockout,” Huot said it is too soon to think about the return of Pumpkin Lobotomy.

There was also a budget request of $2,750 from the KSC Investment Group, which was met with a recommended amount of $1,725 from the board. After a lengthy discussion on ways for the club to cut down costs, along with a decision to exceed the 15 minute discussion time, as well as significant explanation from the club on where said costs are coming from, the board granted the Investment Group $2,000 total. Board member Allie Tolles said that the money is going towards the club bettering club members for life post-college. This will go towards travel, reading material, and programs the club can use.

Another budget request came from the Alternative Break Program, requesting a total of $2,500 to go towards the 110 or so students who attend one of the 11 trips the program offers. Motion to approve this budget was almost unanimously accepted, and it was granted to the program.

The Student Government has Fall Fest planned for Monday, Oct. 31. 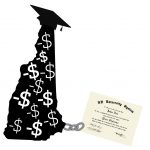