Keene State’s chapter of Democracy Matters and the American Democracy project welcomed a couple of millionaires to talk about the wealth of the one percent, and how they should share it, but not with politicians

The event, which took place in the Student Center’s Mable Brown Room on Oct. 24, featured two of America’s one-percenters and a KSC student.

The two businessmen were Morris Pearl, who was formerly a high-ranking executive at BlackRock investments, and Chuck Collins, heir to the Oscar-Mayer fortune.

They came representing an organization called the Patriotic Millionaires, a group aimed at taking big-money out of politics and putting it back into the hands of the middle and working class.

Also on the panel was KSC senior and Democracy Matters Vice President Sydney litte, who gave her own perspective as a student.

She talked about how the economic inequality in the United States affects her both as a student and future member of the workforce, noting the high student debt that students are left to manage with.

Collins said that the wealthier members of society should give back to the middle class and that it would be in their best interest for services that both they and other individuals enjoy.

“ …our perspective is what good societies do is they create opportunities for everybody to get access to wealth and a good life,” Collins said.

Democracy Matters President Joseph Barbesco echoed the message of the panelists and said that the line between the upper and lower economic class needs to be removed.

“I think that what they were saying is completely accurate.  I think that we do need to restore inequality and democracy back to the people and that we do have a problem with money and inequality,” Barbesco said.

The first step to fixing the issues talked about, according to the panel, is to educate and vote.  Pearl dispelled the notion by many that an individual’s vote is insignificant.

“As the sign says in front of us, democracy matters…. Some people are saying that ‘oh it doesn’t matter who I vote for,’ and ‘nothing makes a difference’. And that’s just not true,” Pearl said.

Audience members and KSC students such as Nick Morrisohn said that the key to change is for individuals to speak up collectively.

“We have to mass-up as millennials,” he said.

“We need to get our voices out, and in in order to do anything we need to move money toward the majority of the population. That’s how any social change is going to happen.”

Pearl said after the event that the Patriotic millionaires would be willing to work with both Donald Trump and Hillary Clinton upon the event that either is elected into the White House to better figure out a way to decrease economic inequality and implement campaign finance reform.

“Now, frankly, neither one of them is proposing anything which really help decrease inequality a lot in the foreseeable future, but I think we need to keep pushing,” Pearl said.

According to Barbesco, Democracy Matters meet on Tuesdays at 7:30. 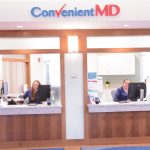 Hold the brakes on that ambulance and potentially save... Previous
Jousting event rides in at Keene State Next 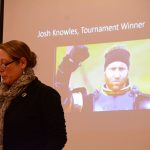