Hold the brakes on that ambulance and potentially save some money

Getting sick or injured is unfortunate, especially when someone is focusing on their studies and being charged a lot of money for a non-life threatening injury at the same time.

Keene State College Campus Safety has been able to provide students personal transportation to the hospital and sometimes to walk-in clinics such as Convenient MD as well.

KSC first-year Katelynn Kaimi, who had severe dehydration, considered taking the ambulance at first, but the Health and Wellness Center determined that it wasn’t life threatening enough to require an expensive ambulance ride and had Campus Safety transport her to the hospital instead. “It was nice of them to offer transportation down to the hospital so that I didn’t have to pay for the taxi or something [like that],” she said.

According to Director of Campus Safety Amanda Guthorn, Campus Safety provides medical transportation, as well as ambulance rides a few times a week. Guthorn said the only way Campus Safety would transport somebody is if they aren’t medically compromised, such as having a broken finger or a cut that needs stitches. “If somebody’s got a major broken bone or lots of bleeding or they are in and out of consciousness, we don’t want to transport that person because we don’t have anything to care for them when they are in the vehicle. The person has to be ambulatory, meaning they can get up and walk around on their own,” said Guthorn.

Despite her experience in the ambulance being a positive one, she said she felt it was not worth the ride. She said if she had the opportunity to have gone to the hospital via Campus Safety or have somebody take her, she would have done that instead. “I wish Campus Safety hadn’t immediately alerted the ambulance and came and checked it [her injury] out first,” said Hamel.

Hamel also said that her visit to the hospital and her ambulance ride were expensive because her insurance didn’t cover it. She said she still has not been able to pay it off yet.

According to Convenient MD Executive Director Ben Collins, Convenient MD is much more affordable than the hospital in terms of treating non-life threatening illnesses or injuries. The facility only treats injuries or illnesses that do not threaten the person’s life and has treated Keene State students. “We are much more affordable. We fill out the lowest rates around, we’re a fraction of the cost and are typically [priced] around five percent less than an E[mergency] R[oom] visit,” said Collins.

Director of Campus Safety Guthorn said that Campus Safety would provide a transportation service to walk-in clinics if the shuttle isn’t working. The campus shuttle, she said, is the best way to go to a walk-in health clinic if a student has a non-life threatening injury or illness.

She said Campus Safety wants the safest option for a student’s health. Guthorn said,“The primary thing is to always make sure that the person is stable and we’re not compromising safety.” 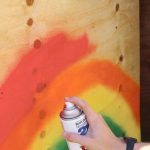 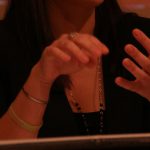 Hold the brakes on that ambulance and potentially save some money